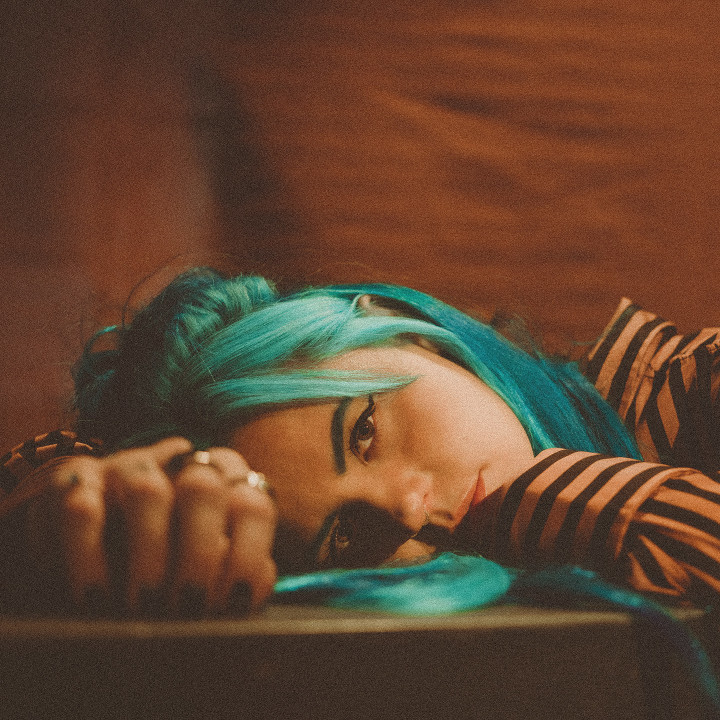 Introducing herself to the world with a rarely-seen example of complete, raw honesty, the visual for Kings Elliot's debut single 'I'm Getting Tired Of Me' acts as an emotional punch in the gut. A stark piece of candid black and white footage, captured as the half-British, half-Swiss singer had a crippling panic attack whilst shooting what she had intended to be the 'proper' video for the track, it's an uncomfortable image that belies the sweet sounds that surrounded it.

In truth, however, it's a duality that sits at the heart of everything she creates. On one hand, Kings Elliot is a wildly ambitious artist, who strives to create unique soundscapes for her confessional songs; on the other, she's a young woman who has had to learn to embrace her struggles, who -- having been diagnosed with Borderline Personality Disorder -- has fought internal demons her entire life in order to get to this point, and for whom music is not only a want but a need.

"Every song I write is about my internal struggles, because I have a very difficult relationship with myself," she explains. "I've never been able to navigate my way through my emotional world. It's something that's consumed me and held me back throughout my life, so my songs mostly revolve around that and its effects on my relationships and the world around me."

If tenacity and perseverance are things Kings Elliot has had to embrace more than most, then the songs that make up debut EP 'Chaos In My Court' -- released track-by-track since that debut last year -- are testament to the importance of both strength and vulnerability.

Musically, the singer draws inspiration from the wistfully melancholic melodies of the '40s and '50s, realising that a version of this soothing world was where she needed her own often fraught and turmoil-laden lyrical sentiments to live, turning them into devastating songs that sound uniquely current, yet timeless.

"I love when songs feel beautifully tragic with an eeriness, like in vintage Disney movies," she says. "All my songs have a tinge of that magical world where there's something so sad, yet so compelling. Wrapping up something devastating in a warm blanket of sound makes it all feel a little better."

'Dancing Alone,' which details the tricky task of navigating a relationship whilst having Borderline, and cinematic follow-up 'Bitter Tonic' -- which fills its lyrics with courtly metaphors for struggle and spawned the EP's title -- are keen examples of this: tracks that explore dark and difficult emotions with a sweetness of melodic touch. 'Call Me A Dreamer' and 'The Outsider' complete Kings' debut EP -- the former, a song to her 'well' self to remind her that the rollercoaster is still continuing; the latter a yearning lament of someone who wants nothing more than to belong somewhere.

Though Kings Elliot might always consider herself an outsider to some degree, now she has an outlet through which to channel her hopes and fears, with an ever-growing audience and a debut release that acts as an empathetic, important opening statement for an artist destined to mean much to many people.

"I always wrote songs out of a need to understand and work through my own mind," she explains. "I always did it for me, but the biggest surprise I got from releasing music was seeing and hearing from people who felt the same way, who were able to use my songs to give a voice to their own emotions. It's incredible to discover that secrets I used to think were so shameful are held and shared by so many others. So now I want to write for them too."