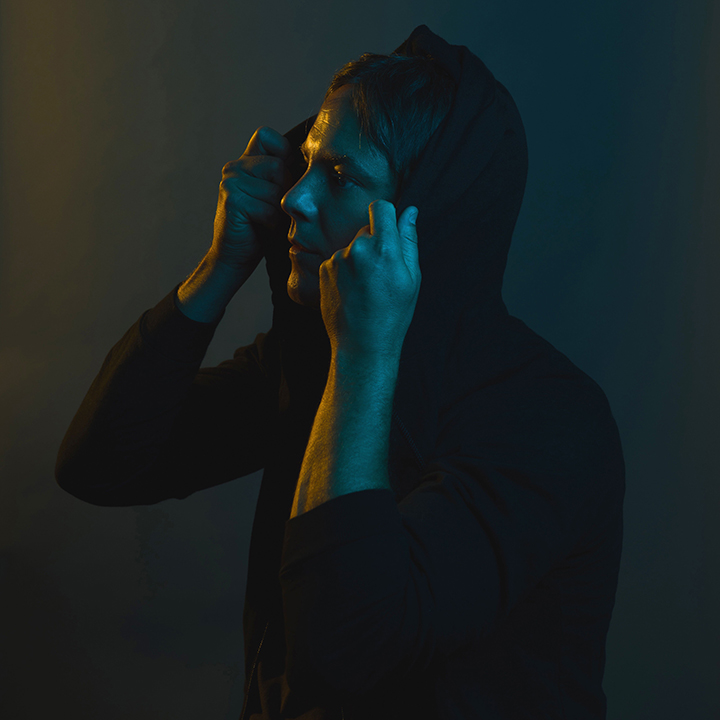 Ki:Theory is American recording artist and producer Joel Burleson. He has spent the span of his career crafting his own style of dark electronic rock music, landing him on blockbuster TV shows and movies such as Ghost In The Shell, Brick Mansions, CSI, and The Following.

Ki:Theory's latest full-length album, Silence, takes his cinematic approach further, showcasing his dexterity as an arranger and vocalist with haunting re-imaginations of "Enjoy The Silence" and "Walkin' After Midnight." Burleson's own songwriting holds up remarkably well against the two iconic tracks, creating a cohesive album highlighted by "If You Don't Care / Fake It" and "Bringing Me Down" featuring Ruelle.

Silence marks the 5th LP of a prolific recording career that includes multiple iTunes Electronic and Alternative chart #1s and commissioned remixes for Daft Punk, ODESZA, Cypress Hill, Rob Zombie and Queens Of The Stone Age, among others. Not one to rest on the strength of his studio output, Ki:Theory's electrifying live show has been recruited by the likes of Purity Ring, Phantogram, Passion Pit, DJ Shadow, Sparta, and Baths for tour support.