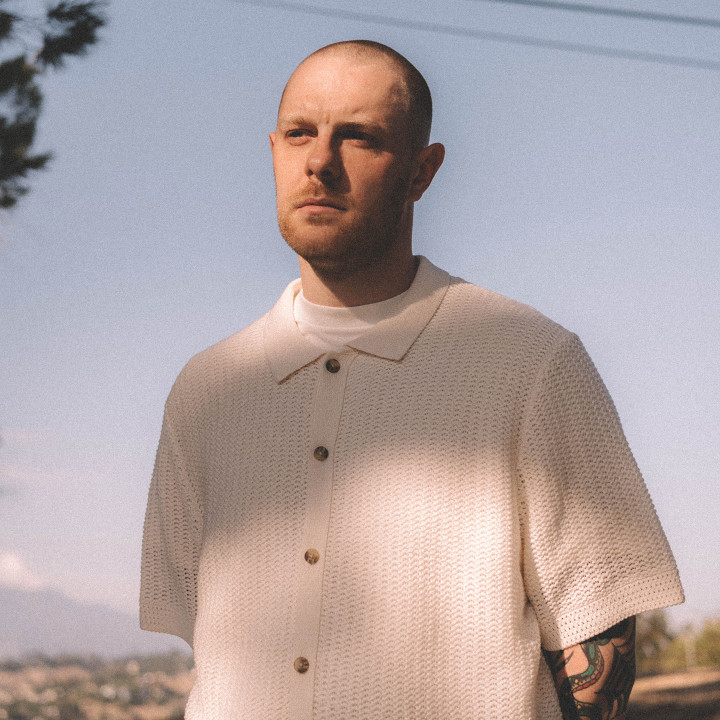 In the permanent midnight of the pandemic, things grew darker. Quarantined in Bath, England, thousands of miles from home, Kenny Beats received cataclysmic news. Things already felt bleak. The sorrow of a breakup had been compounded by the isolation of COVID. A UK trip to produce for IDLES offered an escape: the opportunity to produce for his favorite rock band and find respite in art and unfamiliar surroundings. Then came the call that his father had been diagnosed with pancreatic cancer.

The relationship between Kenneth Blume II and his son and namesake -- best known to the world as Kenny Beats -- had long been loving but fraught. The former University of Connecticut basketball player struggled to find his bearings in the post-athletic world. After a stint playing overseas in Sweden, he returned to the northeast to start a family. Toiling in a series of blue-collar jobs, the elder Blume weathered a divorce and eventually suffered the afflictions of substance abuse. His solace was always music. While his broadcasting dreams never came to fruition, Kenneth made mixtapes for friends and family, offering DJ-style interludes between the eclectic curation: Sade melting into Willie Nelson gliding into Dr. Dre.

When news of his father's illness hit Kenny, he found himself constantly returning to these tapes to process his grief and feel familial connectivity in a remote locale. The mixes didn't merely offer reassuring anthems, they transported him back to times that felt simpler -- before the turbulence of the last two decades took its toll.

On a London interlude during the month-long IDLES sessions, a friend pointed out what appeared obvious; the emotional vicissitudes affecting Kenny triggered a wellspring of inspiration. He resolved to create a gift for his ailing father. The result was LOUIE, an almost entirely instrumental album indicative of the unremitting love felt from child-to-parent -- a heart-on-sleeve appreciation for his dad's sacrifices and willingness to nurture his son's talent.

"I always said that I wouldn't do a solo album because I didn't have anything to say. Finally, I did," Kenny says. "Something dark turned into something beautiful. This album encapsulated the feeling of that one month."

LOUIE was never meant for the world's ears. Released on XL Recordings, the first solo album from Kenny Beats was a spontaneous burst of creativity spurred by an avalanche of despair and imagination. Only after sharing it with a few close friends -- who mentioned the elegiac pathos it evoked -- did Kenny become convinced to release it for public consumption. Just 17 songs and 33 minutes, LOUIE is a hypnotic odyssey of wounded, teardrop soul. Spliced vocals are sampled from the seraphic falsettos of '70s adolescent funk singers. The kick-door aggression of loops from JPEGMAFIA and Slowthai inject adrenaline to ensure that things never remotely approach a lull. These are mournful headphone burners that never feel mawkish. The soundtrack to the maze of your own memory.

"It's opened up a voice that had been unused since I began making music at 9," Kenny says. "It was the first time I had something to say as a songwriter and artist, rather than trying to uplift a collaborator. It felt like the start of something different."

Best known for producing full-length albums with Vince Staples, Denzel Curry, Key!, Hoodrich Pablo Juan, Rico Nasty, Freddie Gibbs, and 03 Greedo, LOUIE heralds another innovative left-turn for the Connecticutraised producer, who Pitchfork once proclaimed "hip-hop's prodigal son." If conventional expectations called for a star-stuffed ensemble album in the vein of DJ Khaled, this is the opposite: a lean, poignant meditation on the fragility of life, the passage of time, and ineffable transmissions between generations. A sepia valentine lost somewhere in the haunted ether between Madlib's Beat Konducta tribute to Dilla, the late Detroit legend's own Donuts, and the crystalline vapor of Aphex Twin's Drukqs. But it's a singular work that couldn't exist without the life-altering circumstances that led to its genesis.

After all, music was the principal bond that tethered Kenneth II to his son. He bought Kenny his first guitar at nine. A couple years later, when Kenny wanted to pick up the drums, his dad worked two jobs and scrimped to pay for lessons. Cramped inside a 550-square foot apartment, father would put on headphones to watch TV while son cracked snares. The living quarters were so small that every night after he finished practicing, Kenny had to break down the entire drum kit and store it in a crawl space.

"I always looked up to my dad, and the best way to get my family's attention was by playing music," Kenny says. "My dad supported me without question. He bought me a guitar when I was grounded. He'd spend his last dollar buying gear for me at Sam Ash."

By high school, Kenny's ambitions shifted. He'd become obsessed with making rap beats, graduating from remaking Timbaland snippets to finishing in second place in a nationwide student electronic music competition. This was around the same that Kenny was inviting local rappers over to record in a makeshift booth in father's closet with a $100 microphone.

While studying at the prestigious Berklee School of Music, Kenny's relentless hustle and an internship with Cinematic Music Group founder, Jonny Shipes, helped lead to his first beat placements on songs from Smoke DZA, Ab-Soul, and Schoolboy Q -- ones that happened to feature Kendrick Lamar and Mac Miller. But none of this paid the bills. Early in the last decade, a friend convinced him to make a few trap beats on a whim. It was a world Kenny scarcely understood, but within a week of putting them up on Soundcloud, he was fielding major label offers. In disbelief, he watched as his nascent group, LOUDPVCK, got booked all over the world, including festivals like Coachella and Bonnaroo.

Over the next several years, LOUDPVCK accrued a massive fanbase and had their music spun by the world's biggest DJs, but none of it mattered. Aware of its formulaic nature and reliance on tropes, Kenny abandoned the faddish sub-genre. He re-christened himself Kenny Beats and redoubled his desire to follow his original dream.

By mid-2017, Kenny was 26-years old and $75,000 in debt. His group had broken up and his father was in a coma after a medical emergency. He had less than $1,000 to his name, and owed monthly payments on an apartment, car, and tiny Burbank studio.

"I remember crying because I couldn't save my dad, and didn't know how to make money to pay off my debt," Kenny says. "The one saving grace was that I had "The Cave," this shitty studio in Burbank with stains on the carpet, terrible equipment, and a lock that barely worked. I would invite anyone who wanted to record and worked my hardest day-and-night at making beats."

From there, the story sounds surreal. The best rappers in the world flocked to this dingy studio in the Valley to work with Kenny. "The Cave" became immortalized by YouTube videos and Twitch streams watched by tens of millions. His neon-scripted mantra, "Don't Over Think Shit," has become a creative philosophy adopted by innumerable aspiring artists who have been inspired to make music from his example. At the end of 2018, The Ringer hailed him as "The Hottest Rap Producer on the Planet." Rolling Stone called him "The Rap Game's Best Studio Therapist."

But Kenny's impact extends far beyond the songs themselves. His discord has become the second-largest on the platform in music, spawning a new generation of producers, and nurturing a music community between fans and artists. The beat battles on his massively popular Twitch channel have been judged by Billie Eilish and Finneas, Mike Dean, Benny Blanco and Skrillex. They've given away over $300,000 worth of gear to young producers, and helped artists get signed to labels just off Twitch.

This is the side of Kenny that the world has seen until now: charismatic, self-effacing, and generous. LOUIE reveals the duality of the artist -- the enigmatic, introspective searcher who has experienced pain and duress, and alchemized it via looped samples and hypnotic drum patterns. Kenny wants listeners to know that his dad is doing okay, but remains unwilling to discuss how his father received the project. That's personal, but beyond that, it isn't the point.

What matters most is what the audience hears in the warped soul and the journeys it leads them towards. These songs are vessels. You sense it in the disco wedding march of "Come This Way," which might elicit ruminations on lost love. Or take the golden infinity of the chop on "Eternal," where the angelic voice croons "we live forever." Or consider the analogue clips of staticky dialogue between father and son, capable of preserving forgotten emotions and coaxing new ones as we slide deep into this next century.

You can't change the past, but you can obsess over it, commemorate it, sample it. It's a spell we're either trying to run from or resurrect. If art offers the possibility of the timeless amidst the ephemeral nature of life, LOUIE gives testament to our most personal thoughts, recollections, and stories. It's an intimate and personal gift that achieves that most rare condition -- a sense of the universal.