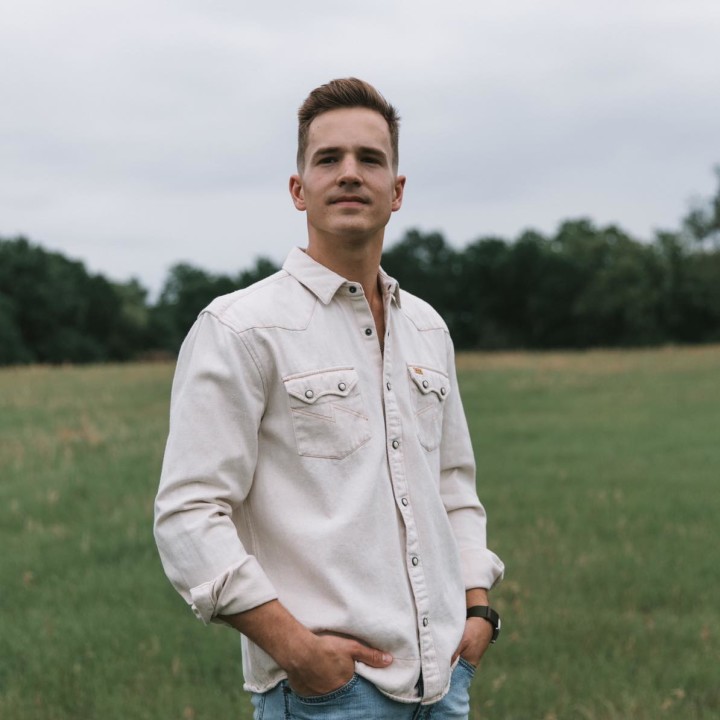 Raised on 2000's country music, Keller Cox would not discover "Texas Country" music until he enrolled for school at Texas A&M University. After becoming a regular at "Hurricane Harry's," the famous Brazos Valley dancehall, Keller knew that he wanted to pursue a career in writing and singing Texas Country music. During the global pandemic, Keller connected with producer, Corby Schaub, who would produce Keller's "Introduction" E.P., his "Makin' It By" L.P., and two surprise singles Keller is currently releasing. Keller has always made it his goal to write his songs about how life was, is, and ought to be. This past spring, Keller graduated from Texas A&M University with a degree in Construction Science, and he plans to tour Texas and surrounding states this fall. All that to say, in the words of Keller himself, "Here goes something."