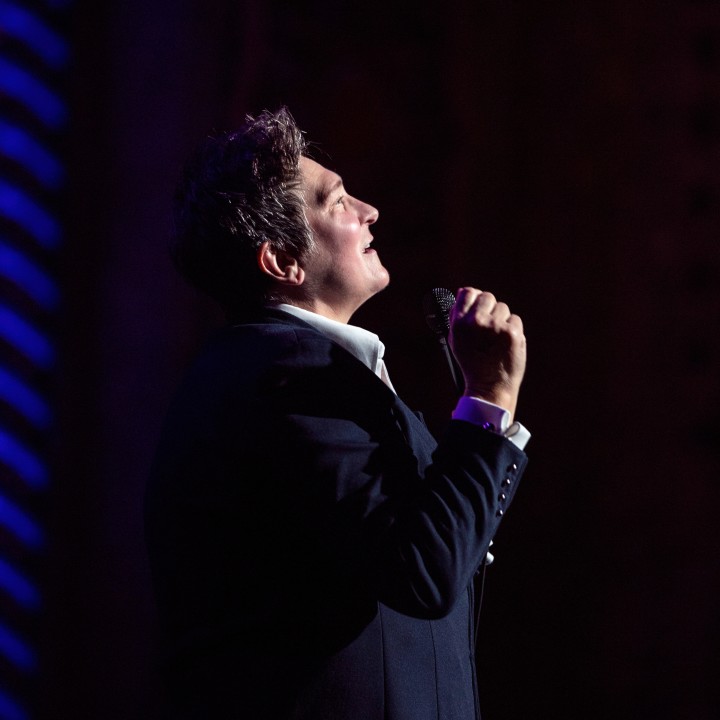 k.d. lang has won four GRAMMY® awards, eight Juno Awards, a BRIT, an AMA, a VMA, and four awards from GLAAD. In 1996, she received Canada’s highest civilian honor, the Order of Canada. In 2013, she was inducted into the Canadian Music Hall of Fame at the Juno Awards, and in 2018, received the Alberta Order of Excellence Award. She has appeared alongside such musical luminaries as Roy Orbison, Bonnie Raitt, Elton John, Loretta Lynn, and Tony Bennett. “She’s the best singer of her generation,” observed Bennett, who has frequently toured with lang since their 2002 Wonderful World duets album. lang has also contributed to numerous soundtracks, has appeared in many films, and in 2014 made her Broadway debut in the seven time Tony-award nominated musical “After Midnight”. In 2016, she united with Neko Case and Laura Veirs to create case/lang/veirs, a collaborative record released that year. She recently celebrated the 25th anniversary of her platinum selling breakthrough album, Ingénue, which was re-issued by Nonesuch in 2017, with an accompanying tour in Australia, Canada, the US, and the UK/Ireland.

She is renowned for her live shows, prompting the New York Times’ Stephen Holden to observe: “Few singers command such perfection of pitch. Her voice, at once beautiful and unadorned and softened with a veil of smoke, invariably hits the middle of a note and remains there.”