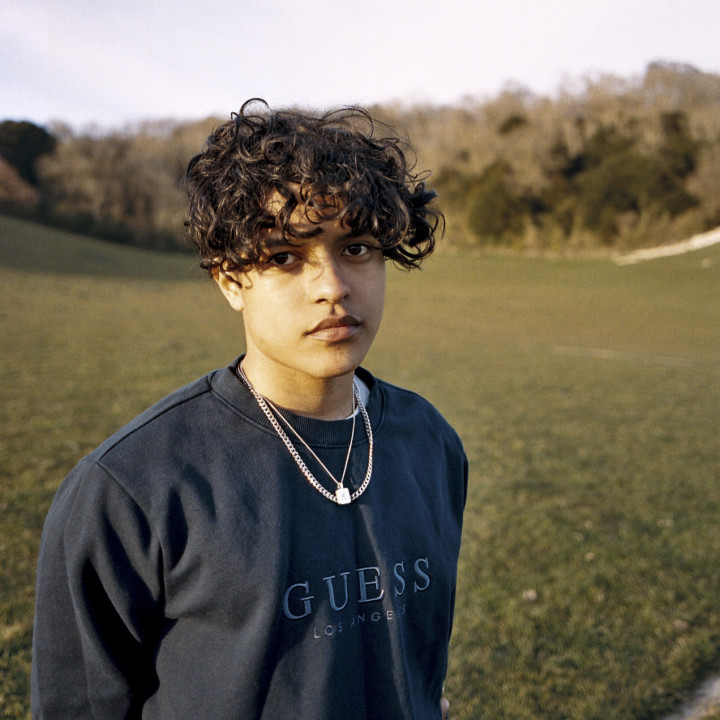 Kamal is an 18 year old singer, songwriter and multi-instrumentalist from Harlesden. Born in London to Caribbean-British parents, he began playing piano at six and writing songs on Ukulele a few years later. Raised around the sounds of Sade, D’Angelo and Erykah Badu, alongside UK Rap from Harlesden’s Church Road and beyond, Kamal’s influences range from the likes of Robert Glasper to Radiohead.

In 2019, he uploaded his first recorded song ‘smilingdownthephone’, to Soundcloud. From there he begun collaborating with producer, J Moon and officially released the debut track as part of the double-A side ‘two missed calls’, alongside ‘decline.’

Balancing recording music, with schoolwork, Kamal wrote his follow-up single ‘homebody’ during the winter school break. Centered around the mental state of being a recluse, the release timing proved somewhat serendipitous, dropping one week before lockdown was enforced in the UK and becoming an bittersweet anthem to a collective experience of isolation. Launching alongside a video shot by The Rest (the duo behind slowthai’s visuals) the track was streamed over 1 million times in its first month entering the viral charts in the UK, Canada and Australia while selling out three drops of ‘homebody’ tees.

Kamal followed up with ‘blue’ just a few months later, a rich R&B offering, untangling the feelings that come with being totally overwhelmed by someone. The track was streamed over 250,000 times in its first week, once again hitting over 1 million listens in its first month, resonating with the likes of Billie Eilish (‘blue’ occupied the number 1 spot during her takeover of Spotify’s Lorem playlist), and climbing the International and R&B chart in Korea after a slew of local co-signs.

After just a handful of releases, Kamal ended 2020 No.5 in GQ's Best New Artists 2020, with the Telegraph dubbing him 'UK Music's Answer to Billie Eilish.’                 More recently he has had success with his first feature appearance, alongside multi award-winning musician, Dave, on his track ‘Mercury.’ After much acclaim, the introspective cut landed Kamal both his first entry in to the UK Top 40, and Radio 1 A List.             Having accumulated over 50 million streams in just one year, Kamal’s debut EP ‘war outside’ is due for release on June 11th.

The EP is Kamal’s most intimate offering to date, and over half co-produced by the young creative. Written partially at home, originally through voice notes and laptop demos, it chronicles both the highs and lows of a relationship, and the tensions between the daunting outside, and the seclusion of your own mind - partly inspired by experiences of derealisation and anxiety.