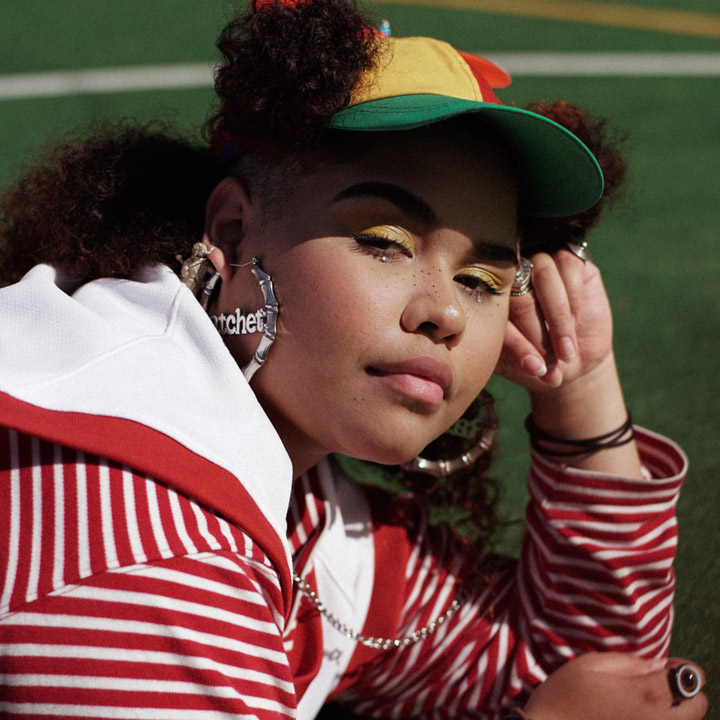 Hailing from South East Melbourne, Kaiit, who's been singing since she can remember is blessed with an enchanting voice that crosses musical boundaries.

Born in Papua New Guinea, Kaiit bounced back and forth between Australia and her homeland as a child before her family eventually settled down in Melbourne.

Kaiit grew up listening to alternative music, with her parents embracing the likes of Pink Floyd. Over the years she developed a love for jazz and neo- soul, which is evident in her music.

Kaiit draws inspiration from her idols Amy Winehouse, Lauryn Hill and the contemporary sounds of Noname Gypsy and SZA. Kaiit's artistic background in both beauty and fashion is apparent in her inimitable style and edgy aesthetic.

At only 19 years old, Kaiit has shaken up the world of future-soul and RnB. She's been named as one the best rappers under 25 by Red Bull Music, sharing the list with artists such as Joey Bada$$ and Chance the Rapper. Kaiit's rst two releases 'Natural Woman' and '2000 n Somethin' have together clocked over 1.2 million streams on Spotify and been shown plenty of love from Triple J and Triple R.

Kaiit supported 'The Internet' on their sold out national tour in Melbourne and Sydney, and is currently on tour performing at Sydney's Oxford Art Factory alongside New Zealand's rising star JessB.

After sell out shows and multiple festival appearances, Kaiit is set to drop her EP in the second half of this year and is proving to be of the most exciting artists to watch in 2018.