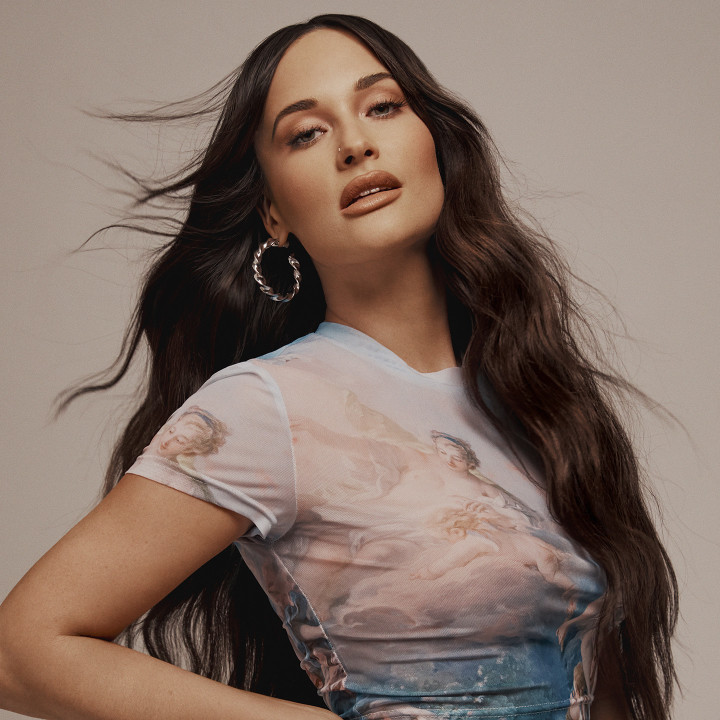 Kacey Musgraves' most recent release, a duet "Easy" with Troye Sivan, was released in December 2020 and hints at the continuing evolution of this multi-genre artist. The 6x GRAMMY Award-winning singer-songwriter's studio album Golden Hour (2018, MCA Nashville) earned Musgraves her third No. 1 debut on Billboard's Top Country Albums chart and distinguished her as the third artist ever to take home Album of the Year at the GRAMMY Awards, Country Music Association Awards, and Academy of Country Music Awards. Golden Hour was named one of the best albums of 2018 by everyone from Apple Music, NPR, Time, The Associated Press, Rolling Stone, Pitchfork, Billboard, GQ, Esquire, American Songwriter, Complex, Consequence of Sound, and Vulture, among others. In support of the album, Musgraves played the biggest venues of her career, including New York City's Radio City Music Hall and her first headlining arena show at Nashville's Bridgestone Arena, and to top it off she became the first-ever female country artist to play Coachella.

Musgraves has been honored at Billboard's Women in Music event, Variety's Power of Women event, and celebrated the opening of her exhibit, All of the Colors, at the Country Music Hall of Fame and Museum. At the 2019 CMAs, Musgraves received two wins for Female Vocalist of the Year and for Music Video of the Year for "Rainbow."

Musgraves first received massive critical acclaim and recognition with the release of her gold-certified major label debut album Same Trailer Different Park(2013). The album debuted at No. 1 on Billboard's Top Country Albums chart, making Musgraves the first solo female in 5 years to top the chart with a rookie release and only the seventh to do so in Nielsen SoundScan's 22-year history. Same Trailer Different Park earned Musgraves 2 GRAMMY Awards for Best Country Album and Best Country Song ("Merry Go 'Round"), 2 CMA Awards for "New Artist of the Year" and "Song of the Year" ("Follow Your Arrow"), and an ACM Award for Album of the Year. Musgraves' follow-up album Pageant Material (2015), earned Musgraves her second No. 1 debut on the Billboard Top Country Albums chart and soaring to No. 3 on the Billboard 200 chart.