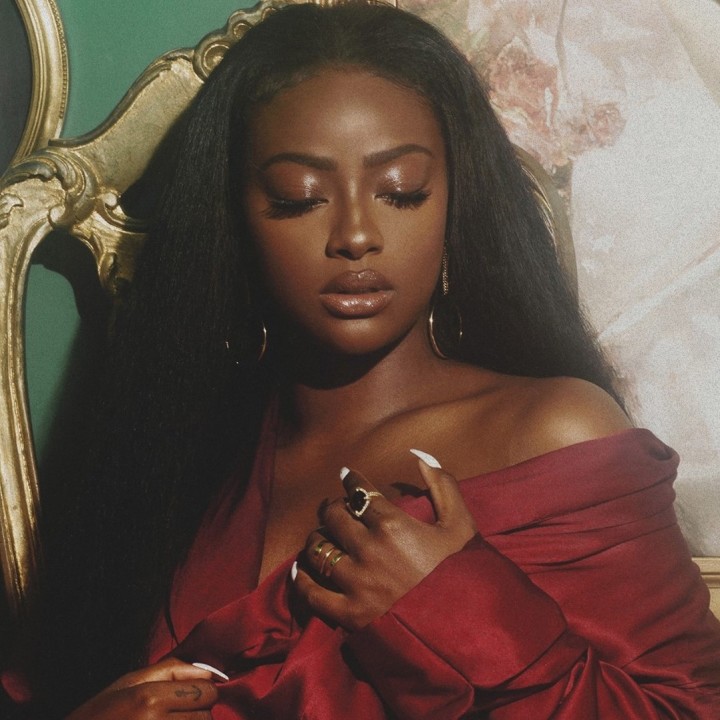 Raised in the entertainment business, Brooklyn-bred singer-songwriter Justine Skye has cultivated her sound since the age of 14. As a Tumblr socialite, Skye springboarded her singing career with the help of social media and raw musical skills.

In 2012, Justine released her debut mixtape, Skye High, after which labels took notice of her large fanbase. Following a pair of record label deals -- first with Atlantic Records in 2013 then with Roc Nation in 2016 -- and various projects, including the release of her 2018 studio album, ULTRAVIOLET, Justine then emerged as an independent artist releasing Bare With Me EP, a forthcoming work under her new independent label, Nynetineth. The six tracks on the EP introduced a new side to Justine that embodied different sounds than you were used to hearing from her.

"In the beginning when I was on Tumblr, I didn't care about other people's opinions. I was free and finding myself, but when I got signed, I became more self-conscious and I feel like I hindered my creative process by overthinking all that was changing for me. With this new chapter, I finally feel like I've gotten back to trusting myself and being more assertive about the things I want to do and the direction that I want to go in."

"I was stuck in this idea that I needed to make a pop radio record when that isn't what makes me feel good. Before, I was so used to executives just setting me up with people. Now I'm choosing and building organic relationships with exactly who I want to work with."

"The EP was a re-introduction, an appetizer for the debut so that people can understand where I'm going."

Now with Bare With Me (The Album) underway, Justine has decided to re-release the EP with 4 additional tracks making it a complete body of work. Introducing the album with the new single "No Options" a melodic mid-tempo empowering an honest break up Skye connects with anyone who has left a toxic relationship triumphant. The single is followed by "Too High" and "Million Days" which have much darker elements to any of the music she's put out before, the music feels candid and emotional but the melodies and bass lines drive the listener to fully embody the emotional journey she's taking you on, the album is completed with a stripped down live version of her song "Maybe" called "Maybe Deconstructed" The song was recorded live along with the visual in a loft in Brooklyn with just two other musicians accompanying her in a deconstructed version of the song. This completes the package she started in 2019, and prepares you for what she's gearing to continue to do in 2020.

"I decided to add on to the Bare With Me EP, creating The Album, to finish out a cycle of emotions that I no longer feel. These 3 new songs are also a taste of where the next album will be heading sonically. With everyday I'm learning something new about myself, my sound and my writing is evolving. Now on this indie journey I've been super blessed with a strong team and the opportunity to work with one of my dream creators, Timbaland, so things are looking up if you ask me."