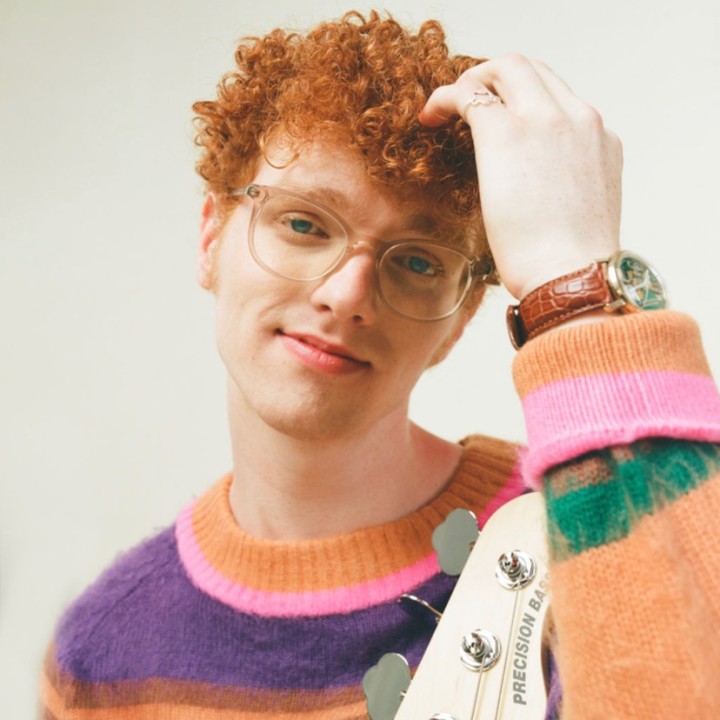 Josh Fudge fashions a kaleidoscopic take on pop by conjuring modern vibrancy through analog proficiency. The 19-year-old Oklahoma City-born singer, songwriter, multi-instrumentalist, and producer paints from a broad palette of alternative, indie, and pop, envisioning a world of his own in the process. He took to the piano at the age of four, spending hours on the instrument daily. At nine-years-old, he noticed a flier in a local arts district. The words, "Street Performers Welcome," beckoned him. Much to his mother's chagrin, her middle schooler set up shop with a tiny keyboard and amp and busked, taking home $200 in cash. Drawing inspiration from everyone from Billy Joel to Mac DeMarco, he bought a guitar, a bass, a drum set, and amassed an arsenal of analog synths. Sharpening his songwriting, he locked into an "aggressive release strategy" throughout 2020. His single "7 in the Morning" landed a placement on Spotify's Fresh Finds. Coverage followed from Indie Shuffle as the track shot to #1 on Hype Machine. He maintained this momentum with the independent project, Fun Times. Among many highlights, "When She's Gone" cracked 1 million cumulative streams. However, he reached another level yet again with 2021's "FEEL LIKE." It debuted on Spotify's coveted New Music Friday playlist and generated 2.8 million Spotify streams. After amassing 10 million-plus streams independently and receiving support from Spotify's New Music Friday, Glide Magazine, and more, he invites everyone into this space on a series of singles and more music to come.