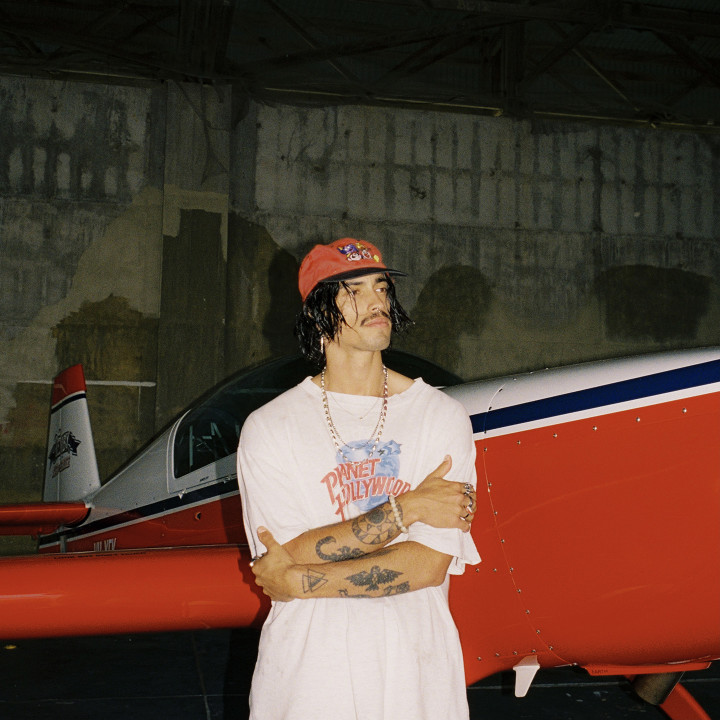 Josh Cashman is a natural born storyteller. Growing up in a household that was known for music blaring out of the living room as opposed to the television he picked up the guitar at 11 and from the first chord he strummed, he knew music was his lifelong devotion. Cashman has come a long way since playing at school assemblies and open mics in his early teens. Now 27, he's been on multiple international tours throughout North America, released two albums, and has a year ahead that will see him playing to thousands of music lovers across the globe in support of Tash Sultana's world tour.

When the world came to a standstill in March 2020 Cashman locked down and got down to business writing over 70 songs in a 10 month span. "I wanted this global pause to mean something. I needed to give myself a sense of purpose when there was nothing very positive going on in the world and so I did the only thing I could do which was write, exercise, read and write some more. I'm grateful that I was able to stay motivated and had more than enough time to hone in on my craft and really explore, learn and develop my songwriting and production." The latest release titled 'Blue eyes' is out June 22. "Blue Eyes narrative was inspired by a love letter that I wrote to my favourite internet girl as a young teenager. I found old notebooks/lyrics/poems at my parents house opened one up and felt instant nostalgia and thought, this has to be a song. It's clever, cute, and probably going to be relatable to many."

Already lauded by Triple J as having an "enchanting performance, charismatic vocals, [all] blended among sublime [with] warm guitar tones [and] a groove that's hard to ignore'' there's no telling what new heights Cashman can achieve over this next chapter of his promising career.