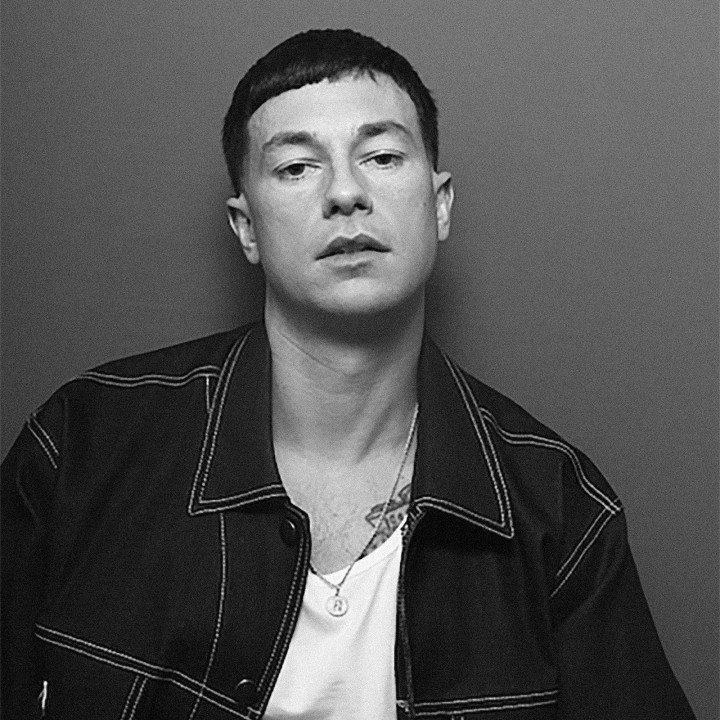 Joe Unknown defies any expected stereotypes. His music is a frenetic, rabble-rousing rush of punk attitude and hip-hop loops, topped by his manic, stream-of-conscious rhymes. Yet if you take a moment to immerse yourself in his lyrics, you'll discover his poetic flair for capturing vignettes of day-to-day British culture. Underclass or upper class, it all feeds into his detailed, nuanced and often sharp-witted observations on the country that surrounds him. Think a whirlwind cocktail of Sleaford Mods, The Streets and Slowthai.

Joe Unknown has shared his debut single 'Ride,' which is out now on ADA.

'Ride' finds Joe Unknown's urgent, ADHD-fuelled vocals shooting rapid-fire lyrics with equal measures of exhilaration and eloquence. Each line is something you'll either have observed or experienced during an existential moment of living in his country. "Shooting kids online passes time, but my girlfriend hates it" or "I think a lot about who I should be, then get very fucking angry at who I'm not." The whole Joe Unknown philosophy is neatly summarised with, "I like to participate in life's little edge, from time to time I take a little ride over the edge."

'Ride' is the first song that Joe wrote when he put his mind to creating his own music. He and a friend experimented with hip-hop, but it didn't quite work. Instead, they took the basic constructs of the genre, loops and sampling, "went crate-digging for records on YouTube" and ended up repurposing the bassline from The Damned's 'Neat Neat Neat' for an instrumental that felt like the soundtrack to a sun-kissed Californian road trip. That Californian vibe became much more relevant to his day-to-day life at home in Camberley when topped with his punk poetry.

Joe Unknown is a mass of contradictions. Yes, he loves music -- from drum 'n' bass to The Damned -- yet the inspiration he draws from films means that he's more likely to talk you through the production details of early Tarantino than delve into a fellow artist's back catalogue. He escaped the all-surface, no-substance surroundings of humdrum Hampshire to become a drum 'n' bass MC. Yet when it comes to his own music, he drops elegant, expressive lyricism with what seems to be no effort at all.

His tours as an MC took him all over the world. But then COVID struck. The lights went down, the music stopped, and Joe lingered in the purgatory of lockdown. Instead of being surrounded by the madness of touring, he was home, often alone. If he walks outside of his flat, he immediately sees four pubs. If he heads to the town centre, he could be almost anywhere in Britain: an identikit High Street that's replicated from Cumbria to Cornwall. If he takes a left, he's surrounded by houses worth a million or more. Despite those contrasts -- class, wealth, whatever -- it's actually our similarities that feed his imagination.

"If you live in a mansion, you still know what a cheese-and-bean melt tastes like," he explains. "Those little things in life apply to everyone. What I'm talking about applies to each side, but doesn't delve too far into either one. I don't understand why British culture isn't talked about enough, or why we're always trying to be something that we're not. I'm not talking about the shit we don't have, I'm talking about the shit that is around us. There's a lot of poetry in Britain. I could talk to you about Wetherspoons carpets for like an hour. The aesthetic of 'Spoons is stunning. The one opposite my flat is a hellhole and it's beautiful."

The more Joe witnessed of the world around him, the more he documented. And the more he documented, the more he discovered about himself -- including a love of poetry was the spark that ignited his creativity. Now, he says, his overriding motivation is one of personal fulfilment, to make a connection, and to liberate people from whatever issues plague them.