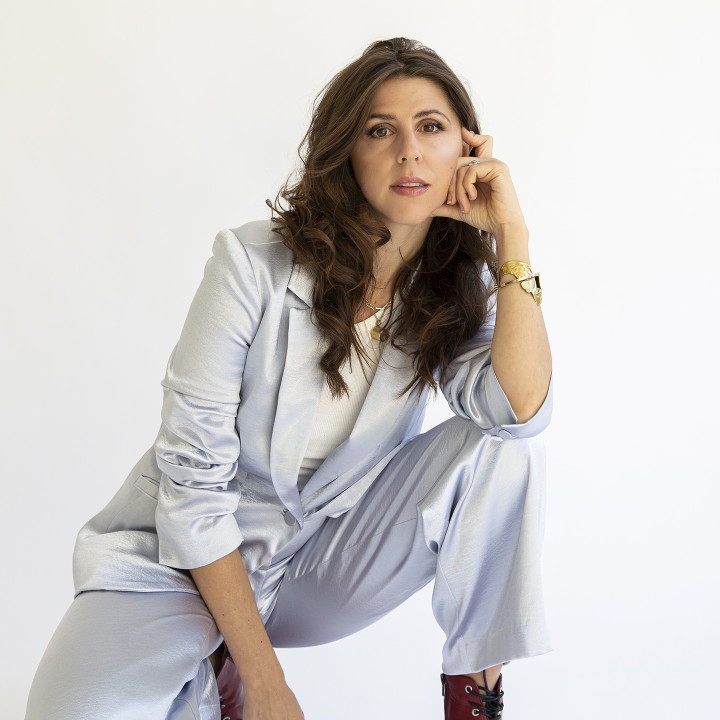 Throughout her decade-long career, Jillette Johnson has blurred the boundaries between genre and generation, building a catalog of contemporary music inspired by the classic sounds of her heroes. She's been a road warrior. A piano-pop torchbearer. A singer/songwriter who's weathered the industry's twists and turns, moving from record label rosters to hard-won independence over the course of three critically-acclaimed albums.

She chases down a new horizon with Normal Kid, a three-song EP that marks her full-fledged embrace of euphoric indie-pop. Co-written with Joe Pisapia -- the producer and multi-instrumentalist who also helmed Johnson's 2021 release, It's a Beautiful Day and I Love You -- Normal Kid sources its modern sound from the best parts of the best. Late-'70s New Wave, early-'80s synth-pop, and '90s R&B all serve as sonic touchstones, glued together by the elastic voice and confessional lyrics of a songwriter who's never been afraid to shine a light on the skeletons in her closet.

Full of synthesizers and stacked harmonies, melodies and Mellotron, neon-lit arrangements and nuanced storytelling, Normal Kid is Jillette Johnson at her most imaginative, pushing far past her creative comfort zone to discover what lies beyond. The influences are familiar -- Sade, ABBA, Talking Heads, Beck, Cocteau Twins, Peter Gabriel, D'Angelo, and Roxy Music -- but the sound is fresh, with Johnson turning personal revelations about childhood dreams and adulthood realities into universal pop anthems.

The first taste of a larger project to come, Normal Kid builds a bridge between past and present, trading retro revivalism for a colorful, cathartic sound built for now. That balance is reflected in the project's accompanying music videos, all three of which were filmed by videographer Grant Claire on a vintage Sony Betamax 88. Shot in a single day, those clips are imbued with the old-school picture quality of the Betamax, blending nostalgic visuals with modern footage. It's a suitable treatment for an artist at the peak of her abilities, willing to push, evolve, and electrify her song by collaborating with others. "Sometimes it was scary, sometimes it was frustrating, and ultimately it was totally liberating," Johnson says of the process. "It took a lot of courage, communication, and mutual respect between Joe and I. These songs open up a new kind of vulnerability for me. One where I don't get to hide behind a performance."