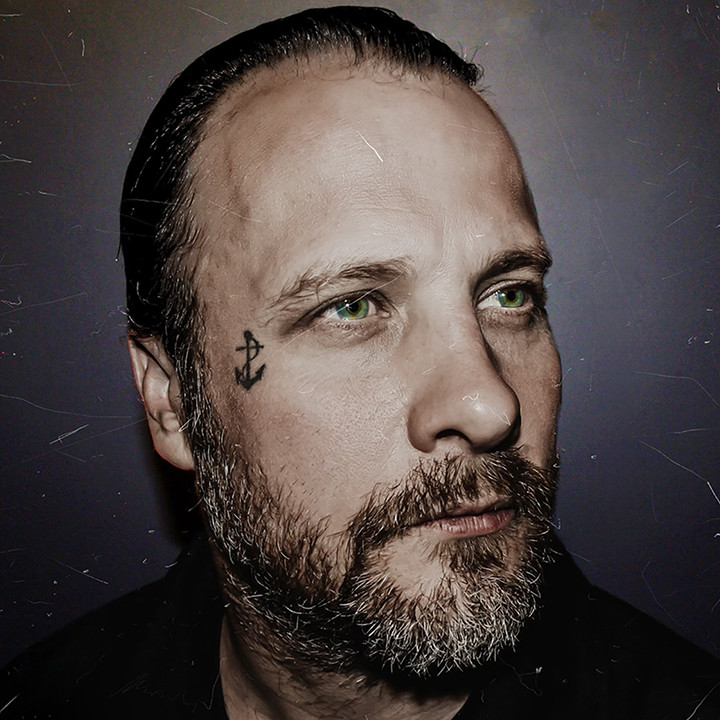 When Jesse Ahern walks onstage, he looks like a regular guy -- albeit one with a Gretsch guitar strapped across his body and an anchor tattoo under his right eye. As he tears through his set, easily rousing brand new crowds to shout his choruses back in his face, it's clear Jesse could be everybody's friend.

Ahern's tunes hold high the clenched fists of the working class. Others put on full display the raw, open heart of a man who is dedicated to love, and has known enough loss to cherish what he has at home. Still others reveal the tender, protective arms of a father who misses his kids when he's off touring the world.

On tour, Ahern stands before a giant backdrop emblazoned with the words ROOTS ROCK REBEL. Three words that proclaim the truth about his music, and about the man himself. That's why he chose those words as the title for his new album, produced by Ted Hutt (Dropkick Murphys, Gaslight Anthem), to be released mid-2023 on PIAS/Dummy Luck Music.