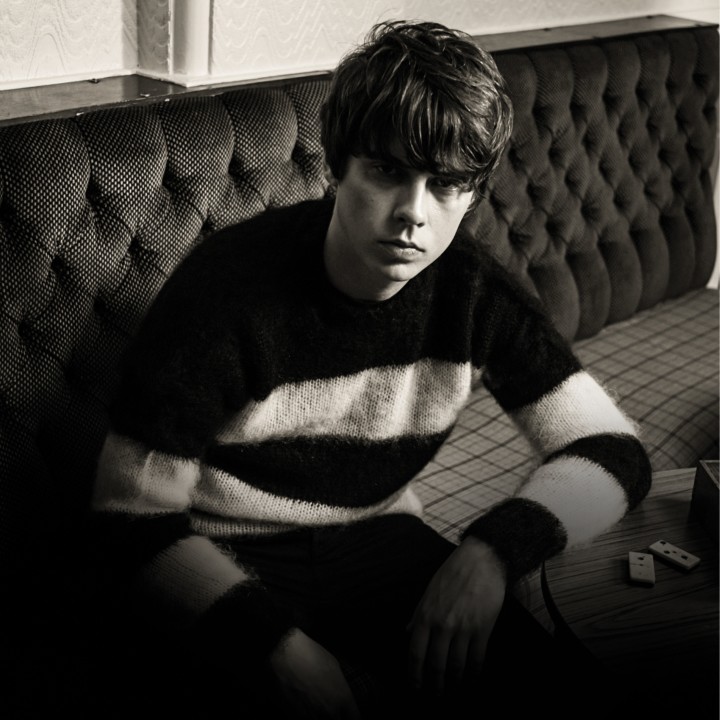 Shuffling, playlisting and cherry-picking your favourite songs is all well and good, but sometimes you can't beat sitting down with an album and playing it from start to finish. An album that sounds like it was recorded in one room, with the same group of people and that perfectly captures a specific moment in time.

For this album, the 23-year-old wanted something that felt like the albums that took pride of place in his own record collection. "Albums take you into their own sealed world," Jake says. "This time around I just wanted to write the tunes and record them with great musicians."

He's certainly got his wish for Hearts That Strain. Starting in January this year, Bugg would write songs at home then fly out to Nashville to record them with some of the best players in the history of popular music. As part of American Sound Studio's legendary house band The Memphis Boys, Gene Chrisman and Bobby Woods provided the chops on such pivotal records as Dusty In Memphis, In The Ghetto, Suspicious Minds and Dark End Of The Street, cutting their teeth in sessions with Wilson Pickett, Aretha Franklin and Dionne Warwick.

"They're old guys but they're amazing," Bugg recalls with disbelief. "It was ten to five and then that's it. They'd pack up and we'd done two or three tunes. It was a mad vibe being from England and meeting these absolute legends and then cutting some tracks with them."

Working with Grammy Award winning producers, David Ferguson and Matt Sweeney, Bugg's time in Nashville proved to be incredibly productive. In just three week-long trips they'd finished the album. "Nashville is mad. Everybody plays out there. You go around somebody's house for a few beers and just jam with them."

One of the people he ended up just jamming with was The Black Keys' Dan Auerbach, who collaborated with Bugg on breezy opener How Soon The Dawn, the shuffling rockabilly get-down I Can Burn Alone and In The Event Of My Demise, a tune that sounds like a generations old folk song the pair have freshly dug up out of the Mississippi mud. "Dan's wicked," smiles Bugg. "He's got this amazing work ethic, he just knuckles down and gets on with it."

Another chance encounter provided a surprise collaboration. When Bugg was back in the UK writing, mulleted country rock superstar Billy Ray Cyrus stopped by the studio and was so taken with the rough version of Waiting he heard being played off the desk that he suggested his daughter -- younger sister of Miley and rising star in her own right -- Noah Cyrus should sing on it. The result is one of Hearts That Strain's finest moments -- a Southern Soul waltz of a ballad to which a swooning Cyrus vocal brings the direct emotional wallop of the best country music. "I'd never really collaborated with many singers so I was a bit unsure," recalls Bugg, "but when they sent it back it was amazing. It was a nice surprise. When I come back in it sounds terrible, but when she's singing it sounds alright!"

Nashville, Billy Ray Cyrus, seasoned session pros... anyone for whom the idea of Jake Bugg in a Stetson and bootlace tie might cause unease can rest easy. Hearts That Strain is still very much the same voice and remarkably assured songwriter of Lightning Bolt and Slumville Sunrise, it's more that his surroundings and the players around him have bled into the record's mood and warm, glowing production. It's there in the gently strummed mandolin that floats in on Southern Rain, the deft finger picking on the title track, the sighing pedal steel that glides through This Time and the slapback echo and crackling guitar lines that make I Can Burn Alone sound like it could have been cut at Sun Studios. More importantly, it provides the threads that run through Hearts That Strain that make it feel like more than the sum of its parts. Rather than be an album to dip in and out of, it's an organic whole that from the moment you press play you have to see it out to the final note.

"I like putting out records and I like listening to records," reflect Bugg with characteristic understatement. "If you listen to a lot of those classic albums throughout, you can tell that all the tracks are recorded in the same place. It's nice to have that consistency."

It seems reports of the album's death have been greatly exaggerated.