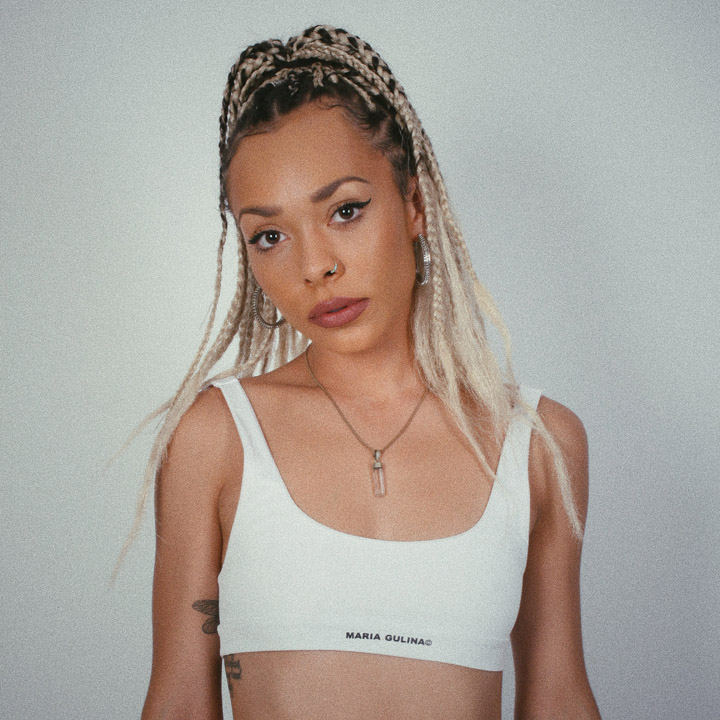 Known as Iyamah (pronounced i-yam-ah), Sophie Bond grew up on the sounds of African drumming and reggae music in the seaside town of Brighton. At 13, she picked up a piano and started writing songs, but kept them for her own expression, just like a diary. It wasn’t until she started singing lessons at school, performing solo’s by empowering female artists such as of Whitney Houston, Etta James and Aretha Franklin that she developed her taste for Neo-Soul and hip hop, under the likes of Lauryn Hill and Erykah Badu.

Now, living in London, Iyamah has been working with the likes of Maverick Sabre, Charlie Perry, Paul White and Mullally to name a few. Iyamah featured on My Nu Lengs’s festival anthem, ‘Senses’ in 2017, performing the song live at Glastonbury. Having performed at festivals such as SXSW, Latitude and Secret Garden Party and touring the UK with artist Mahalia in March of this year, Iyamah has become one of the freshest talents on the UK’s live scene. Experimenting with her roots and developing her own independent path, Iyamah released her first single, Cryptic Love this year to huge acclaim, with a premiere on DUMMY magazine, radio play on BBC Radio 1 via DJ, Phil Taggart and interviews across Rinse FM and specialist radio. Hailed by artists, fans and industry alike, Iyamah will release her next single, ‘Silver Over Gold’ on the 26thJuly.