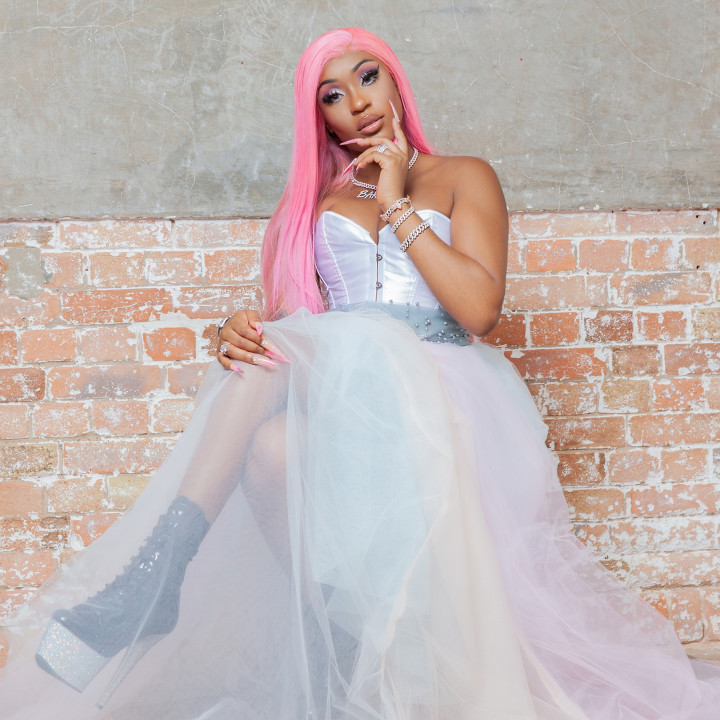 Intensity practically seeps out of the speakers. Flaunting fiery wordplay, drill tension, grime grit, and pop appeal all at once, Ivorian Doll infuses attitude into every single anthem. Attracting a strong social media audience, the Germany-born and London-based rapper, influencer, and artist runs her own world -- building a dollhouse unlike anything else in the game on her 2020 debut. Brimming with confidence, she lets her ambition be known...

"I want to be the female artist the boys are afraid of, because I'm better than they are," she grins. "I'm an independent, funny, and bossy girl who's up for anything. I'm also a pretty princess fairy who's in her own world. My heritage traces back to the Ivory Coast. I've got doll looks and personality. That's Ivorian Doll."

She embraced her independent side as a child. Relocating to London from Germany at three-years-old, she lived with her father. As a self-described "big daddy's girl," she embraced independence since "pops were always working." However, her gregarious larger-than-life personality developed, and she translated it to social media. A natural entrepreneur, she left school to focus on branding herself. First, she cultivated an Instagram following with a steady stream of captivating content and YouTube following in just a year's time.

Inspired by Nicki Minaj, she honed a sharp signature sound rooted in raw rapping. It popped off on 2018's "The Situation" with duo. She maintained a flurry of bangers led by "Spare Me," "No Bae," "Bouji" and, most recently, "Queen of Drill." Along the way, UK tastemaker and frequent supporter Link Up TV said, "It is safe to say that she has held her own in a scene which is thriving with talent, and now she is back for more." "My style allows me to feel confident," she exclaims. "It's a reflection of my personality on YouTube and social media. It's fun and sexy."

It's also fierce, fast, and furious. Ivorian Doll's 2020 single "Rumours" stomps over a skittering beat and bass boom punctuated by gunshots as she promises to, "Run a man down in my Jordans," before adding, "that's how I shoot my shot." "It's about false rumours that have been spread about me," she admits. "It's a way to speak my truth and get people dancing rather than being too serious."

Elsewhere, the airtight "Body Bag" warns "females I'm the boss in charge and playfully lets them know I will take their men." Then, there's "Kitty Kat," which offers up an empowered moment and heaps of energy. Meanwhile, she makes a social commentary via "Clout.," "It's a representation of the generation we live in today," she says. "People only love you when everyone else loves you. I've got boss attitude no matter what though."

The attitude comes through loud and clear in everything she does in the end. "I hope listeners take away confidence from my music," she leaves off. "I want to teach them you can achieve anything you want, if you put your mind to it. They've seen my growth from Instagram girl to YouTuber to musician. I'm proof it's possible."