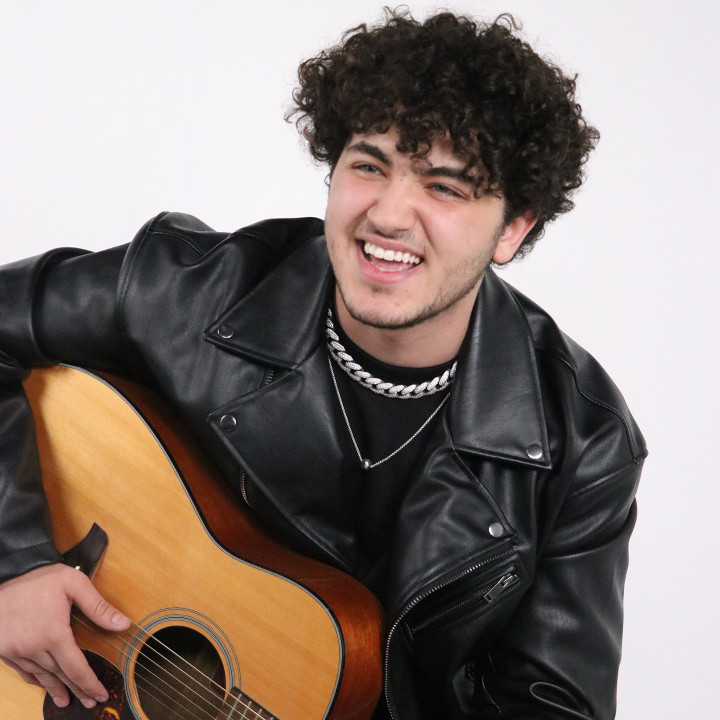 Even if you don't understand what he's saying, it's hard to ignore this tour de force.

Issam Alnajjar is leading the way for a new generation of artists from the Middle East and North Africa to take over the global music scene. A 17-year-old musician from Amman, Jordan, he had been creating music for a couple of years, studying the songwriting of pop artists like Shawn Mendes and Ed Sheeran and admiring the creativity of iconic artists like Queen and The Weeknd, when he got some inspiration for his breakout hit "Hadal Ahbek."

"I was on a FaceTime call with a girl, and the first thing that came to my mind was hateh rassik aal mkhadeh ("put your head on my pillow" in Arabic)," said Issam, who wrote and recorded the song himself.

After dropping a preview video for the song on Instagram, anticipation from his fans grew larger and larger. By the time he finally released "Hadal Ahbek," with Issam's silky voice and infectious lyrics and melody, the popularity of it exceeded his expectations. Issam says he had only expected 10k views total for his song. That was shattered in one day, and eventually it grew to 100k views a week. And on TikTok, the song only grew bigger and now currently sits atop dozens of music charts on Spotify, Apple Music, and Deezer.

"I'm still taking it all in, it's not completely processed in my brain right now. It is crazy," Issam says about the popularity of "Hadal Ahbek."

For any artist to have a top song is an accomplishment. But what makes Issam's feat more incredible is that he achieved this with a song sung in Arabic.

For Issam, music isn't just a career but it's a way of life. It's been something that allows him to escape and to help him process and push through the stresses and challenges of life each day, including living by himself the past four years since his parents immigrated to the United States.

And still, he knew he was destined for greatness. Issam always had a feeling that he was born to make music, and he had the self-confidence to create something memorable for himself and for the people.

"I'm a 17-year-old from Jordan, and I made this song that is really trending right now. I don't think anything is impossible at this point."