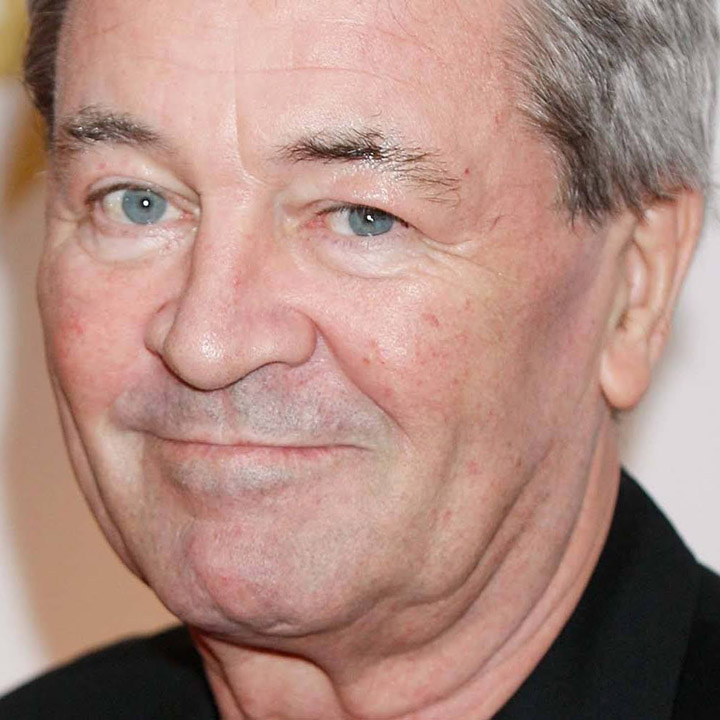 His unique voice is instantly recognisable. In early days Ian Gillan was heavily influenced by the young Elvis Presley, as well as Little Richard, Buddy Holly and others of that dynamic era. During his formative years he absorbed the wide range of musical genres that were flooding Britain in The Sixties.

Ian Gillan met Roger Glover when he joined the harmony group Episode Six in 1965. They learned their trade touring with Dusty Springfield and performing five shows a night -- eight on weekends -- at joints like The Storyville Clubs in Cologne and Frankfurt, as well as a long stint at the Casino du Liban near Beirut.

In 1969, both went on to become forty per cent of Deep Purple when they were enlisted as singer, bass player and nascent song writing team.

Gillan emerged at the beginning of the next decade as 'the voice' of Deep Purple; his approach to singing on 'Deep Purple in Rock' set new standards.

In a recent questionnaire Gillan chose new Russian Prime Minister Vladimir Putin, Zimbabwean leader Robert Mugabe and pop icon Britney Spears to be guests for a desert island weekend; figuring on .'..a decent conversation with Putin whilst Mugabe explained himself to Spears.'

Ian Gillan broke new ground in the '80s with his famous tours in previously unexplored territories (check out the gigography on his website). Sting, after going solo, requested a tour schedule 'just like Gillan.'

He played the role of Charles Darwin in the Bolland and Bolland recording, Darwin -- The Evolution, 1991.

Ian Gillan has twice duetted the aria Nessun Dorma with Luciano Pavarotti, 2001 and 2003.

His interests outside music are: his family, walking, drinking in good company, scribbling his thoughts, current affairs and following the fortunes and misfortunes of QPR, the West London football club he has supported all his life. And...like all fans, he is a philosopher.

Gillan is still performing to sold-out audiences in major arenas all over the world -- 48 countries last year -- with Deep Purple and is still on tour supporting the most recent Purple album 'Rapture of the Deep.' On top of all these activities Ian finally found the time to recorded his long awaited new solo album 'One Eye to Morocco':

Ian Gillan about 'One Eye To Morocco':

"It all started in Cracow, Poland, late December 2005. In a café in where Oscar Schindler had been active during dark times in the mid-20th century, I sat across the table from my friend Tommy Djiubinski who was telling me all about it. He was deep into this amazing story when a woman caught my eye as she walked behind Tommy. Quite naturally I followed her graceful movement; I was drawn by her magnetism.

'Sorry, what were you saying?'

'Ah, Ian you have one eye to Morocco.'

This meant I was not concentrating on the matter in hand; I apologised and we carried on.

Later I was curious about the expression so Tommy gave me the full version...You have one eye to Morocco and the other to The Caucasus. We could only guess the origins but agreed the epigram meant being distracted from the party line by the lure of something exotic.

So I filed it away in Incomplete Proverbs, Vague Maxims or more likely Interesting Phrases.

Three years later, due to a family illness, there was an unexpected break in the Deep Purple tour schedule and so I made some calls and we looked at the making of a new album. By the time we'd finished counting there were 38 songs in various stages of completion. Roughly half of these were discounted because they need too much work in the allotted time span, and the rest were put on the 'Short List.'

There was one particular song -- as yet untitled and without lyrics -- that I felt should be the nucleus of the project. This song was the criterion by which all the rest would be judged and so the process was made easier by having a yardstick or even an interesting phrase -- Aha!