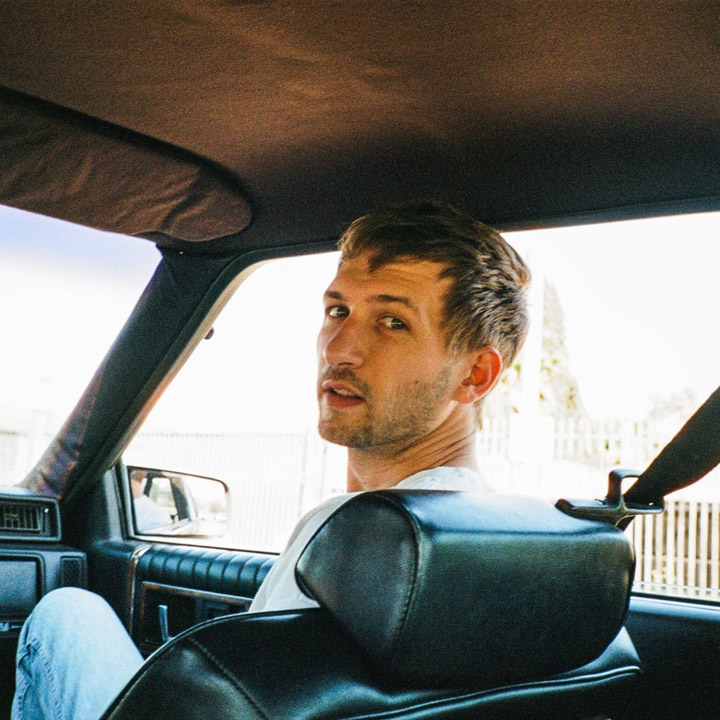 The first Houses release in five years, Drugstore Heaven, marks a major artistic shift for L.A.-based songwriter/producer Dexter Tortoriello. Abandoning the heady concepts of his previous records for some of his tightest songwriting yet, Tortoriello is embracing the most fascinating character in his musical universe: himself.

In 2010, Houses released their full-length debut All Night via Lefse Records -- a Portland, Oregon-based label who signed the band two weeks after Tortoriello shared the project's first single via Tumblr. The following year, Diplo tracked him down after finding his more darkly-charged project Dawn Golden on Bandcamp. In addition to signing Dawn Golden to Mad Decent, Diplo began bringing Tortoriello into co-writing sessions, which soon led to his work as a writer/featured vocalist for such artists as Martin Garrix, Ryan Hemsworth, and What So Not.

The past five years have been undeniably busy for Tortoriello. After relocating from Chicago to LA, he released Houses' sophomore album A Quiet Darkness via Downtown Records in 2013, along with a debut full-length as Dawn Golden the following spring. A slate of high-profile remixes for Major Lazer, Kings of Leon and Odesza established him as a dance world heavyweight, while writing and producing for artists like Lil Yachty, Kali Uchis, and Kiiara refined his songcraft. And while he initially compartmentalized his creative efforts, Drugstore Heaven finds him drawing from these experiences, creating Houses' most fully realized and complexly detailed output to date -- a selection of songs matching graceful experimentation with raw emotion and unprecedented vulnerability.

"All of the Houses material to date has been very escapist," Tortoriello says. "You can fall into a spell where real life is something you tune in and out of, something you feel no authorship over. I've focused my efforts over the last few years on building and reinforcing things I don't wish to escape from: relationships, groups, creative outlets, ideas, workflows. I found a much deeper type of freedom in taking ownership over my life and committing myself to really living it."

Drugstore Heaven delivers a dynamically textured sound partly shaped by Tortoriello's exploration of rave and drum-and-bass artists from the late '90s. "At the time all that stuff was coming out, electronic music was just being discovered, so there was this really pioneering sense of what was possible," he says. The lead single "Fast Talk," featuring backing vocals of longtime Houses member Megan Messina, unfolds in hazy rhythms formed from chopped-up breakbeats and live percussion from timpani, glockenspiel, and a couple bottles of antidepressant medication. "That song is meant to be a memorial for a group of friends I had back in my late teens," explains Tortoriello, adding, "Thematically it's almost like a ballet where you keep driving around the same blocks, and people start disappearing from the car because they're going to jail or dying."

Growing up outside Chicago, Tortoriello first started making music in his early teens, mostly by attempting to emulate the drum-and-bass-meets-speed-metal freakouts of Atari Teenage Riot. ("I'd record myself playing drums onto cassette, then double-speed the tape and play synthesizers over it," he recalls. "It was an abomination."). Sonic references to his teenage experimentation make melancholic rave workout "Years" all the more poignant, as Tortoriello examines the anxiety of ageing and the ennui of early adulthood in his lyrics.

On Drugstore Heaven, embracing the personal also has its joyful side. The EP's punchiest moment, "Left Alone," emerges as bright and bouncy anthem celebrating the bliss of solitude, while closer "Pink Honey" is a lavishly romantic number built on ethereal vocals, delicate guitar tones, and luminous synth. "I was trying to turn that one into a sweeping love song, like something out of Casablanca," says Tortoriello.

For Tortoriello, the deepest achievement of Drugstore Heaven lies in building a body of work that feels entirely true to the world in his head. "In the past I've felt self-conscious about the person I put forth in my music, but these songs feel very reflective of who I really am," he says. Being this open still feels new to him, but for the listener, it's a rewarding glimpse into the mind of a vital and forward-thinking artist.