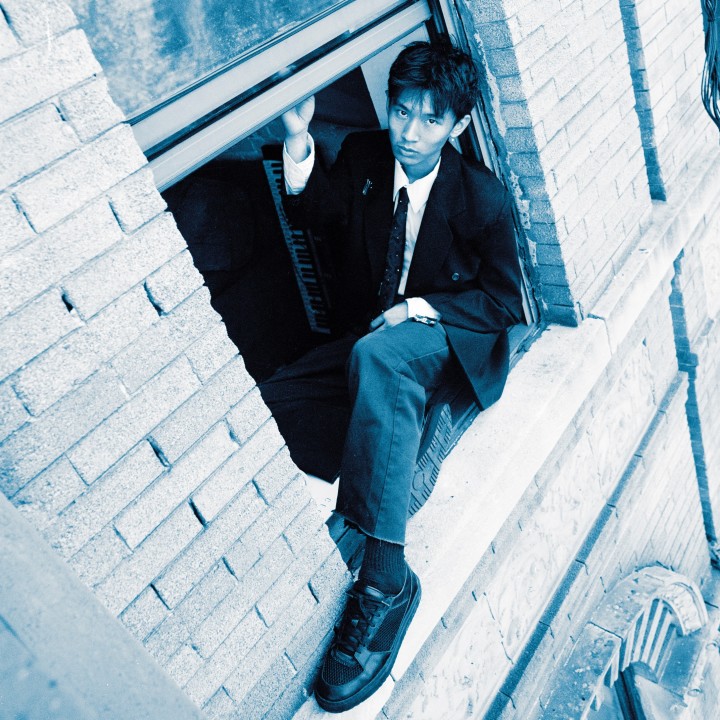 Like a flower blooming out of cracks in the pavement, twenty one year-old Harry Teardrop is a rising star. From his bedroom in New York City, Teardrop's self-produced spin on rock music marries dirty guitar riffs with dance & rap-inspired drums and sticky hooks, crafting a whole band on his laptop. His musical influences range from bands like Blur, The Strokes, and Blink-182 to jazz icons like Bill Evans, Nat King Cole, and Billie Holiday. "I'm a city kid at heart," Harry states. "Trash cans clanking on the sidewalk, cars honking, strangers' conversations, they all influence my sound."

Since releasing his first song, "Chinatown" in 2018, Teardrop's sound has constantly evolved. In 2019, he released his first EP, 1000 Backyard Pools, 'a five-song collection of youthful, exuberant guitar rock' which earned him looks from The FADER and Apple Music's New Music Friday. His most recent release in 2020, a grittier double-sided single titled, '$2 Bill', got picked up again by The FADER as well as Lyrical Lemonade, NPR, and KEXP. As a frontrunner in the NYC underground, he's already creating something special with the limited resources he has, all while staying entirely independent.

Working alongside photographer/director and older brother, Drake Li, he's carved out a distinct visual identity that reads like a supercut of past iconic musical movements and scenes. Visual trends forged by New York hip-hop, CBGB hardcore, socal pop-punk, and 90's britpop are all recontextualized into a unique world that Teardrop seems to slink through so effortlessly. He's already got two exhilarating music videos under his belt, "Strawberry" (2019) and "Ryley" (2020), in which Harry wears both his heart on his sleeve and a chip on his shoulder.

Harry, born Harrison Li in NYC's Upper West Side, is a first-generation American citizen whose parents immigrated from China and Vietnam. Growing up, Harry moved from New York to Portland, overseas to Shanghai, and back again to southern California. "I had all this time to kill, so I'd take the tools I had on my laptop, whether it was Garageband, iMovie, or Photoshop, and turn whatever emotion I was feeling into something tangible. Growing up, I either felt too Asian or too American, so I'm used to never fitting in."

Teardrop's upbringing taught him how to make friendships over the internet and his fanbase is a natural byproduct of it. Over the years, Harry's built an organic community from all over the world with key markets in NYC, LA, London, and Tokyo. Whenever he's not working on music, skating, or spray painting, he's talking directly to his audience on his Discord server -- 'The Droplets,' they've called themselves. "I've probably responded to over a thousand DMs from kids who listen to my music. I try to get to know my audience on a personal level, let them know who I am not only as an artist, but as a person. I see them all as my friends, scattered across the globe."

This summer sees Harry finishing his debut album and releasing a new song + video on July 15 called "My Funny Girl", that gives a slice of a post-covid summer in Downtown NYC. He's playing a show with LA's Junior Varsity & Jean Dawson on July 10 and headlining his first show at Mercury Lounge on August 24.