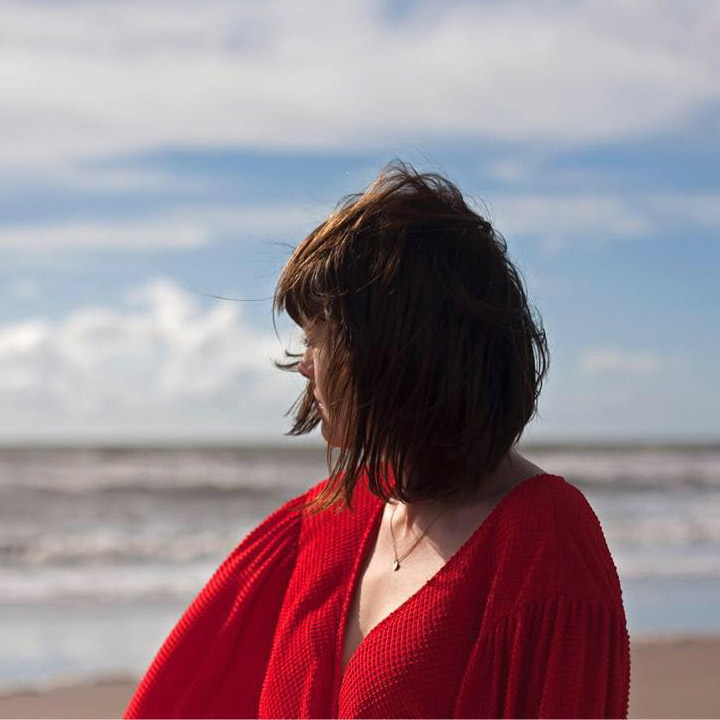 Gwenno Saunders is a sound artist, DJ, radio presenter and singer from Cardiff. She released her 'Ymbelydredd' EP in 2012 to critical acclaim, and more recently released 'Chwyldro' and 'Golau Arall' -- a series of singles leading up to her debut album 'Y Dydd Olaf' (The Last Day), released in October 2014.

From 2005-2010 Gwenno was a writer and performer as a member of Brighton-based conceptual pop band The Pipettes and more recently, toured as a synth player with Australian duo Pnau (Empire Of The Sun) and Elton John. She is a native Welsh and Cornish speaker and it's this, along with co-producing and co-hosting Welsh language show "Cam o'r Tywyllwch" ("A Step Away From The Darkness") with Peski for Radio Cardiff and more recently, Resonance FM, that has led her to create music that translates her internationalist influences into layered, home-fi keyboard sounds wrapped in echoed vocals and musique concrète-inspired beats.

In a period of governmental and cultural revolution, Gwenno released a political concept album inspired by an obscure 1970s Welsh language sci-fi novel, subtly disguised as a blissful kraut-pop record.

Written by Gwenno and produced by Rhys Edwards, 'Y DYDD OLAF' (The Last Day) turns its back on predictable commercial aspirations and lifts a defiant middle finger in the direction of the mainstream.

Taking its cue, and title, from Owain Owain's 1976 novel about a dystopian future where the robots have taken over and are busily turning the human race into clones through the use of medication, 'Y DYDD OLAF' blends big themes (including patriarchal society, government-funded media propaganda, cultural control, technology, isolation and the importance of, and threat to minority languages), great tunes, and a real sense of revolution to produce a powerful, politically-charged concept album.

After years on the peripheries of the mainstream -- firstly as a professional dancer, then as a singer and musician -- Gwenno returned to her home town of Cardiff in 2011 to produce music that's free of any industry expectations, sales targets and commercial shackles.

At Peski Records, she found the perfect home for her brand of left-field electropop, and with the parallel world of 1980s underground -- and ground-breaking -- Welsh-medium music by artists including Malcolm Neon, Llwybr Llaethog, Datblygu and Fflaps, not forgetting the German Krautrock movement of the 1970s, inspiring her music, outlook and aspirations, 'Y DYDD OLAF' feels at once retro, contemporary and futuristic.

The album, which is sung entirely in Welsh, apart from one song in Cornish, is a cultural document and a celebration of what is unique about life in modern day Britain.

The record is Gwenno's response to the political upheaval she sees playing out all over Europe -- from the borders of Scotland to the Basque country and beyond -- as well as a war cry to all those who are dissatisfied with the way things are.

'Y DYDD OLAF' is a political, feminist, brilliantly executed record; and although this particular revolution might not be televised, it certainly will have a great soundtrack.