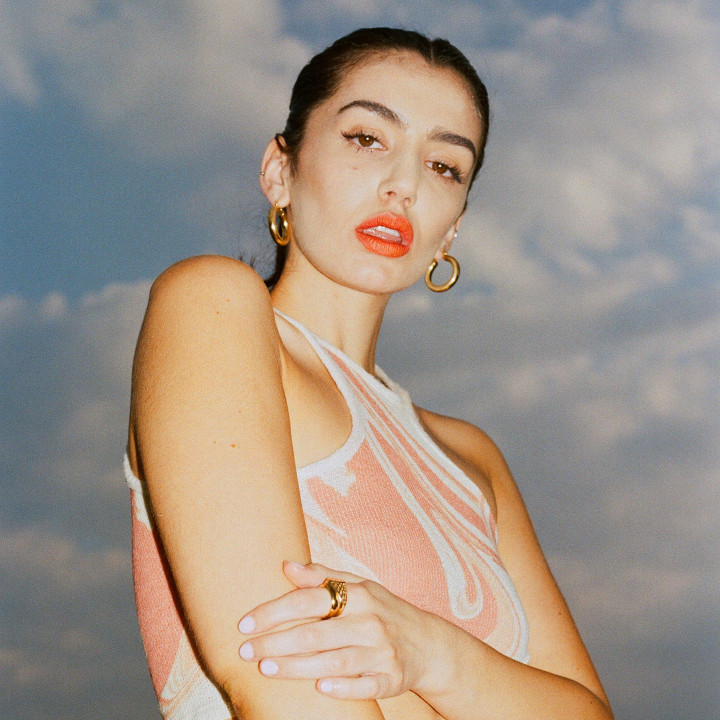 A spectacular pop star has an arsenal of talents that combine to create sonic magic. Such is true of GRACEY. Since her 2019 arrival in music as an artist in her own right, the 23-year-old has been spinning her knack for earworm melody and lyrics that cut deep into certified bangers, racking up over 140 million streams, a UK Top 10 hit and a BRIT Award nomination in the process. A wild, rare feat for a new artist; even more so because all of these benchmark moments were achieved in a year when a pandemic brought most of music to a screeching halt.

Throughout two EPs and a string of 2021 singles, she's explored the pain of heartbreak (Imposter Syndrome) and been liberated from love's sore shackles (TheArtofClosure). But for her third, monumental project, titled Fragile, she's returned to the sadness and anguish of a lost relationship. "After ImposterSyndrome, I told myself I'd never write another project like this," she says, speaking of heartbreak, the new project's central theme. "Well I was wrong."

A melding of megawatt dance-pop and lyrics that cut somewhere deeper is GRACEY's modus operandi in 2021, partly inspired by her musical heroes right now: Sia's vocal gravitas and Robyn's covert sad songwriting skills for the club.

She is a Pisces, after all. Resilient, resourceful, but stuck in her feelings. This new four-track EP was formed in the intense aftermath of a break-up from her most recent partner. "These are my rawest thoughts and feelings in these songs," she says. "An insight into the unglamorous mind of a heartbroken person." You get every stage of it in Fragile, much like the first stages of grief: anger, denial, and pain.

But a lot of them were old feelings, written about in the moment; she's no longer feeling many of them now. Like on lead single "What A Waste." A bitter and visceral takedown of the time spent with someone feeling like it amounted to nothing, written in a headspace where the good's been erased entirely. You can hear the soreness in GRACEY's voice as she laments the experience. "Two years of my twenties gone down the drain / Now I gotta go and fall in love again," she sings over a blinkering synth and guitar backdrop, like an 80s dance pop ballad. It's meticulous, but its first iteration was formed in an hour. "I've given so much to this person, and I've tried to love you as best as I possibly could," she says of how she felt about the person who inspired it.

It's crafted from the kind of pathetic anger we feel at our most bruised, but those honest ingredients make a really special pop song; one of GRACEY's best. "I had to write this song to validate that feeling, but to be honest I don't think any relationships are wasted," she clarifies. "I don't think anything that happens is a mistake, because you learn so much about yourself."

On "Fuck The Internet," she explores what it feels like to feel the weight of eyes watching you digitally, scrutinising you and your relationships. She's experienced it before, with a former boyfriend who was in the public eye. A rare photo of them together appeared online, and the trolls soon stormed her social media. "I was like lying in bed scrolling through death threats in my inbox," she says of that time. Stalkers would make up multiple accounts to send her mean messages; so badly did it affect GRACEY that she went to A&E, thinking her stress and anxiety was a brain tumour. These memories resurfaced as she tried to deal with her new break-up. The track, mighty but melancholy, lyrically alludes to those nights spent awake in anxiety. It includes a voice note she sent to her friend not long before it was recorded, telling her how today was "one of them ones" as she sighs. "I just want to throw my phone against the wall at the minute."

"Sad Song" recalls the experience of sitting headphone-less in the backseat of a taxi on a Friday night, heading home, the radio blasting dance music and Billboard hits. GRACEY, in her feelings, just wanted to hear something more melancholy. It was written a couple years ago about someone else, "but I revisited it after this break-up because I feel like I relate to it more now," GRACEY says. She rewrote some of its lyrics to allow her to hone in on "the tiny details in the lyrics that let me dive deeper into how I feel."

The EP's closer "Can't Be Friends" was also written about a past experience, but was revisited in the current context of GRACEY's life, about over-analyzing the interactions you have with exes once you part ways. It's about the illusion of being okay; pretending. "I don't like having to pretend all the time," GRACEY says. "A lot of my music, this whole EP, is about not wanting to pretend anymore, because it's so tiring: pretending that you're okay when you're not."

For GRACEY (real name Grace Barker), using pop as a form of psychology started when she was growing up just outside of Brighton. At the time, the miraculous melodies of Gwen Stefani and Katy Perry's golden eras (think TheSweetEscape and TeenageDream respectively) were all over the radio. The hookishness of pop fascinated her. GRACEY soon started to use instrumentals of Gwen and No Doubt's music to write her own songs, recording them from the acoustics haven of her bathroom floor.

Leaning into the discovery of her voice as she grew older, those exemplary teenage talents eventually helped earn her a rare spot at Brit School, despite the fact that she lived outside of its catchment area. It was there her knack for vocals and songwriting became a professional focus. Self-penned pop demos she uploaded to Soundcloud caught the ear of industry legend Brian Higgins, and she was asked to join his musical collective Xenomania, responsible for writing hits for

Cher, Girls Aloud and Pet Shop Boys. Here, her hunger for pinning down an immaculate pop melody -- a feeling she compares to "when a fit guy sits next to you or you eat really good food" -- came to the fore. By 18, she had wrote her first Platinum hit: Jonas Blue's inescapable club smash "By Your Side" featuring Raye.

It was in that setting that she simultaneously honed her own artistry. Having left school, she signed her songwriting deal with Universal, knowing that her standalone moment would come. "I wrote songs five days a week," she says, but there was one track she finished writing and felt different about. "It was the first song I wrote and realised 'I can't give her away.'" Co-produced by Gracey too, it was a haunting ballad crushed by melancholy, distortion and synths. It's called "Different Things."

That refined 2019 track was the wider world's first glance at who the artist GRACEY was; the lead single from ImposterSyndrome, an EP that was underpinned by her heartbreak-laden, fleeting teenage years, a theme that ran through singles "If You Loved Me" and the dramatic "Easy for You."

But just when the buzz started to form, disaster hit. During sessions in Los Angeles, GRACEY'S voice started to crack; she was diagnosed with vocal nodules, went through surgery and was forced to stop singing and speaking for two months. "It made me appreciate music," she says looking back. "You don't have a direction or know what's going on. In those moments you end up growing and learning more than you ever have. In 2019 I decided, fuck it, I need to go to therapy and look after myself."

That limbo period catalysed a branching out in her sound too, expanding upon the fascinating, moving world she built on her first EP with "The Art of Closure." "Like That," a collaboration with Alexander 23, was a glistening and giddy ode to losing control when someone special catches your eye; "99%" a dangerously catchy track about tipping over the edge of flusters to full obsession.

But its crowning centrepiece, one that changed GRACEY's life, was the track that kicked off that era: "Don't Need Love." The track, produced by 220 KID, was designed for a night out, but had heart too: concrete-crushing bass and delicate blinkering synths collide, reined by words that explore the disconnect between two lovers who are strangers when they're sober and share different goals in life. "To me, the song is like when you've cried loads and then suddenly decided: 'We're going to the club!'" she laughs. "That's the reason that song came out. I was done crying."

It soundtracked a summer in Great Britain when dancefloors were absent, cracked the top 10 (a first for GRACEY), went platinum and earned her and 220 KID a nomination at the 2021 Brit Awards for Best British Single.

Over time, GRACEY has learned that she's something of a dance pop shrink. There is a frame of mind she applied to her craft that she's been mastering since those days on the floor of her bathroom. But there's also beauty to be found in how those alchemic melodies can be matched with lyrics that mean something.

The healing stage is where you'll find GRACEY at now. A lot of the anger, some of the sadness, is behind her. She's in "a much stronger place," she says, and it's important that people know that there's a peace made between her and the person she was once with.

Fragileis a frank and fulfilling study of heartbreak that will reverberate through radio show speakers and club sound systems, right into the ears of those who need it to heal. From an intensely personal and exposing experience, GRACEY once again, has made a body of work that will touch everyone.