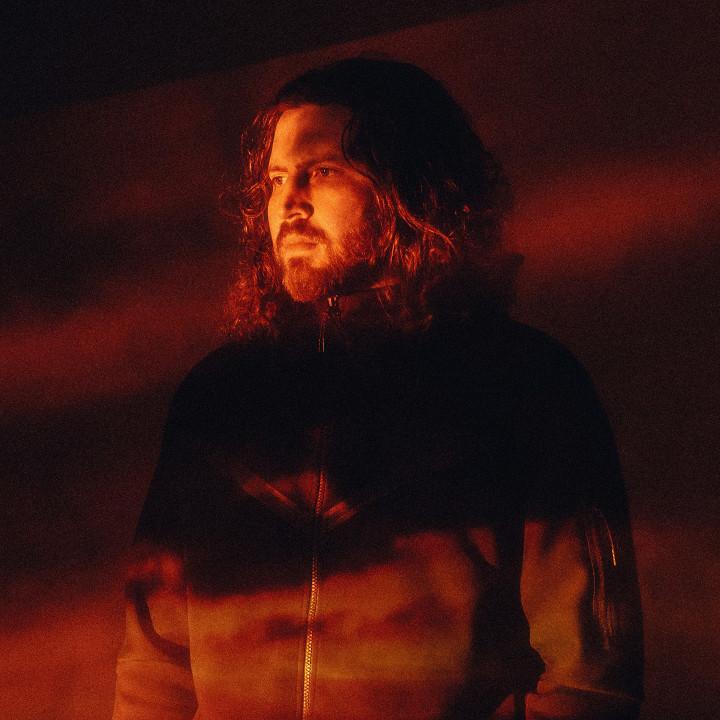 Golden Features has turned out to be an apt name for the artist born Tom Stell. It's a nod to the gold mask he wears while performing, but the Australian electronic producer has had a literally golden run since bursting onto the scene in 2014, with two platinum and six gold ARIA certifications for his tracks, 275+ million global streams for his music, an acclaimed and beloved debut album in 2018's SECT (#1 ARIA Dance Albums Chart, #1 iTunes, Triple J's Feature Album), accompanying tours that included two sold out Sydney Opera House shows, a closing set at Falls Festival, slots at major US festivals including Ultra Music Festival and Coachella, and forming the BRONSON project and self-titled album with stadium-conquering US electronic duo ODESZA.

It's little wonder that after all of this, Stell felt creatively spent and needed time to recoup. He wouldn't be the first electronic musician to find inspiration in Berlin, but it's not known as the clubbing mecca of the world for nothing. There, he lost himself in the city's renowned techno bunkers and hedonistic clubs, dancing with strangers, stripped of phones (no photos/videos, just sweaty bodies surrendering to the music) and returning to the apartment in the early hours to hunt for the tracks he'd heard the night before. Four nights a week spent raving only came to an end when COVID closed the clubs down. But Stell returned to Australia revitalised and most importantly, inspired. He'd reconnected with what he loved about music in the first place and couldn't wait to pour this inspiration into new music of his own.

Stell's music career began in 2014 with his self-titled debut EP featuring the massive "Tell Me" with Nicole Millar. The track quickly received widespread radio airplay and festival drops and was chased by the XXIV EP the following year, featuring even bigger guests in the form of American rapper K.Flay and Australian singer Thelma Plum, who appeared on the sultry "No One." Always building on his prior successes, in 2016 Stell released his biggest tune to date, "Wolfie," featuring Julia Stone and showcasing a poppier, brighter sound (although the B-side, "Funeral" returned to his trademark murky, bassy beats).

SECT landed in 2018 to cement Stell's status as a bona fide star, selling 15,000 tickets across six Australian shows, securing festival appearances everywhere from Falls Festival to Holy Ship!, Hard Summer and CRSSD Festival in the US, and scoring rave reviews from the likes of GQ, Sputnik Music and Dancing Astronaut.

Pop star Katy Perry had Stell co-produce the track "Déjà Vu" on her 2017 album Witness, then in 2019, Australian dance music royalty The Presets came knocking to collaborate on the Raka EP, with Julian Hamilton's unmistakable vocals paired with Stell's subterranean textures, most memorably on "Paradise."

A year later, locked down fans were treated to the sounds of their future rave dreams when Stell and ODESZA dropped BRONSON mid-pandemic. Their self-titled collab, borne out of a years-long friendship that started between Stell and ODESZA in Australia in 2014, is the best of both their worlds, infusing Odesza's cinematic, expansive synth layers with Stell's stormy, brooding low end. With over 2.5 billion streams across platforms, features from Totally Enormous Extinct Dinosaurs (TEED) and lau.ra (on "Heart Attack," with 44 million streams on Spotify alone), a mix for the fabled BBC 1 Essential Mix series, and support from world-leading music publications and DJs, BRONSON was one of the biggest electronic records of the year and further evidence of the breadth of Stell's talents.

And so it is no surprise, Stell has become one of Australia's most sought after and celebrated electronic musicians.