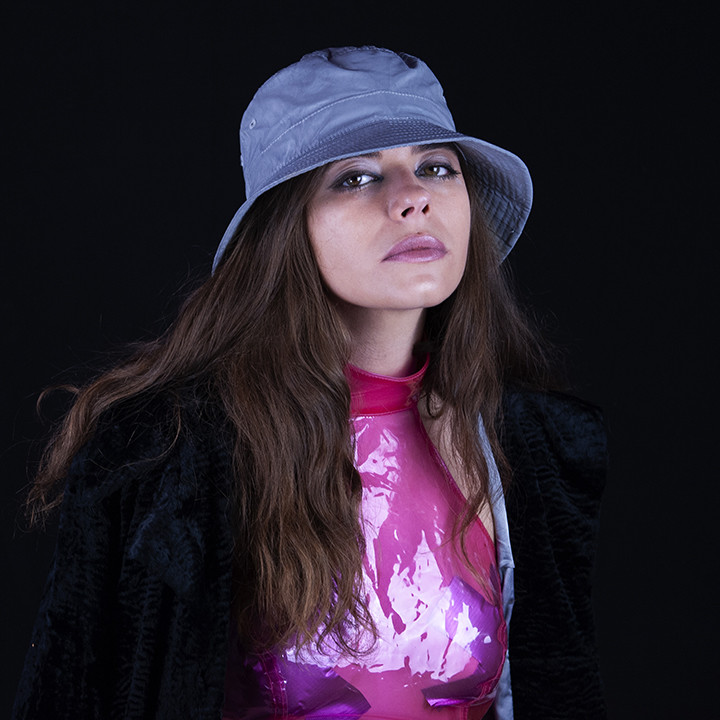 Italy-born London-based DJ and producer Giulia Campanella pulls the sonority of riddim into the side of percussive electronic music in a refreshing and effortless way. Codifying the variety of influences trapped within Giulia Tess is like a journey through a maze: challenging, thrilling and yet, rewarding in the end.

She started her musical exploits by first banging on the drums, she then shifted the weight and hunger of new vibrations to the decks of the local clubs of the east coast of the Bel Paese.

Her musical range is wide and eclectic with influences including jungle, dancehall, Southern Italian music, trance perfectly blended with techno and leftfield house, creating her own unique and versatile style.

Following her influences, in 2016 Giulia Tess moved to London where she dived right into the buzzing music scene, making friends and collaborating with forward-thinking collectives like Femme Culture, Nervous Horizon and More Time.

In June 2019 Giulia Tess got the opportunity to participate in the "100% HEAT" mixtape, a collaborative compilation between Nando's and Keep Hush. She was featured on the mixtape with two productions for the grime MC's Logan and JoSoSick, with whom she played a live DJ set on the Keep Hush release party.

In October 2019 she released "IENE" EP which came out on More Time Records. Her dark-floor broken electronica tracks received support from artists like Objekt, Mor Elian, Violet, Scratcha DVA and the track "Watch How Mi Dweet" featuring Logan was played at the Stella McCartney Winter 2020 Show in Paris.

In early 2020 she collaborated with her friend Nan Kolè on their "Homemade" EP. The four tracks fuse the dark sound palettes and obsessive syncopated rhythms of the two in one unique mutual vision.

She also collaborated with Fever AM on the five-track compilation EP titled "I Hope You Are Well During These Strange Times," contributed a track for the R&S compilation "In Order To Care" that raised money for much needed PPE protection for NHS workers.

Alongside her production projects Giulia regularly plays around London clubs and is also a resident DJ at Threads Radio. She appeared on NTS, BBC Radio 1, BBC radio 1xtra, BBC Asian network, Balamii and Reprezent Radio as a guest DJ, pro-actively supporting and engaging with fellow colleagues.