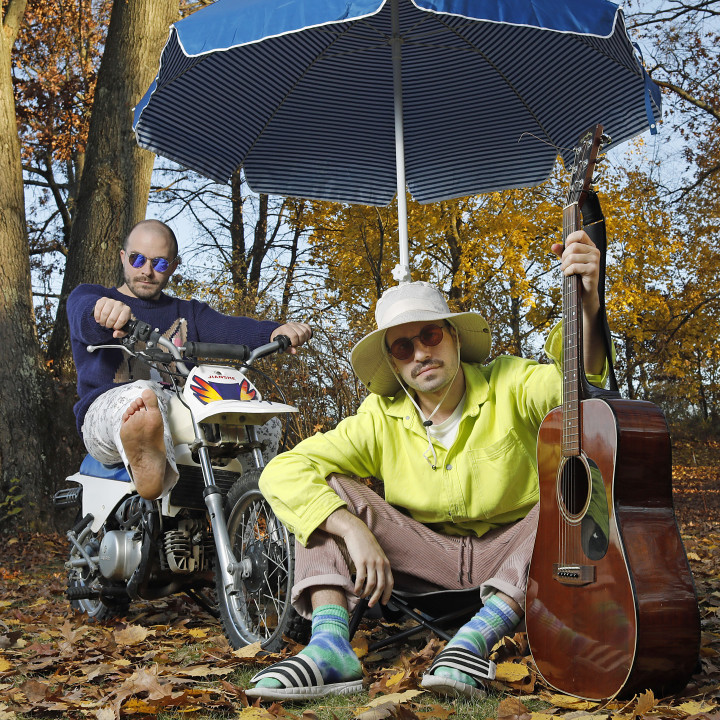 Ben and Evan met at Park West preschool in Chicago at age three. They attended summer camp together in the north woods of Wisconsin as kids, and started making music together in 2015. Since then, they have written a lot of songs together, made some remixes, and have toured with Glass Animals, Tourist, Toro Y Moi, and Chromeo. They have played many major festivals too, including Coachella, Pitchfork Paris & Electric Forest.

The music they make is joyful & built on a love of dance music and a wide range of influences old and new. It's meant to be fun & crack a smile -- on a walk, at home, or at a club. They've released 2 EPs -- the 'Ceremonial EP' in 2015 and 'What Happened?' in 2018. Gilligan Moss is their first full length album, released in April 2021 via Foreign Family Collective.