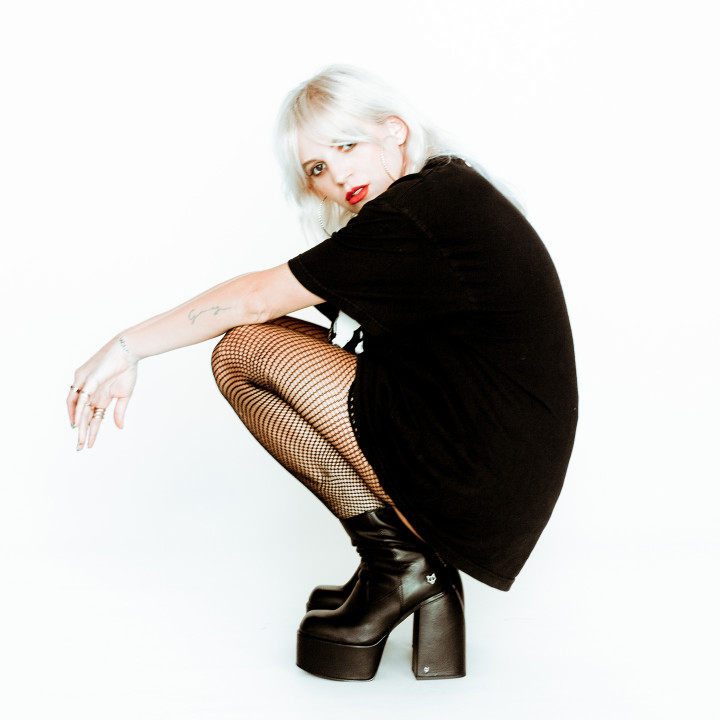 GG Magree serves up trap/bass bone-rattling enough to shatter all expectations. The Australian DJ / producer / vocalist's unique sound has catapulted her from her girl-next door-status to sold-out shows across the globe, stints on every major festival, collaborations with international artists, partnerships with a slew of name brands, and original music releases.

With the recent announce that GG is releasing music mid-February 2019 through her creative hub YEAH PUSSY, GG delivers a heavy dose of what can only be characterized as relentless club anthems. Equal parts heavy and hooky with vocals that have drawn comparison to MIA and MØ, GG has been sought after for a multitude of collaborations with some of the hottest producers to grace the worldwide charts -- among them her 2016 vocal debut with electronic royalty NGHTMRE x Zeds Dead for FRONTLINES -- a track that was praised the world over (any specifics to add here?). When she is not hard at work laying down vocals for the likes of Zeds Dead, she is working tirelessly on new material in the studio.

But the best way to experience GG Magree is live. Calling her bass-fueled performances energetic would be a gross understatement -- her frenetic live show has undisputedly made her one of the most sought-after female bass acts in the southern hemisphere, having being personally requested to join the likes of Zeds Dead, DJ SNAKE, Virtual Self, Iggy Azalea, Ghastly, Yellowclaw, Jauz, Mija, Dillion Francis, NGHTMRE, and many more.

On stage, GG plays the role of entertainer with seemingly little effort, a woman on a mission to free her audience from all inhibition and create a head-bangingly raucous and inclusive community for her fans. "My aim in every set is for people to feel free, for them to be able to do the weird moves they do in their bedroom out in public," says GG. Simply put, when it comes to her show, "Expect to dance, head bang, and scream, but most of all, feel sexy."

With new music out coming out in a matter of weeks and a 30-date US bus tour with Borgore just wrapped 2019 is looking to be the biggest year yet for GG.