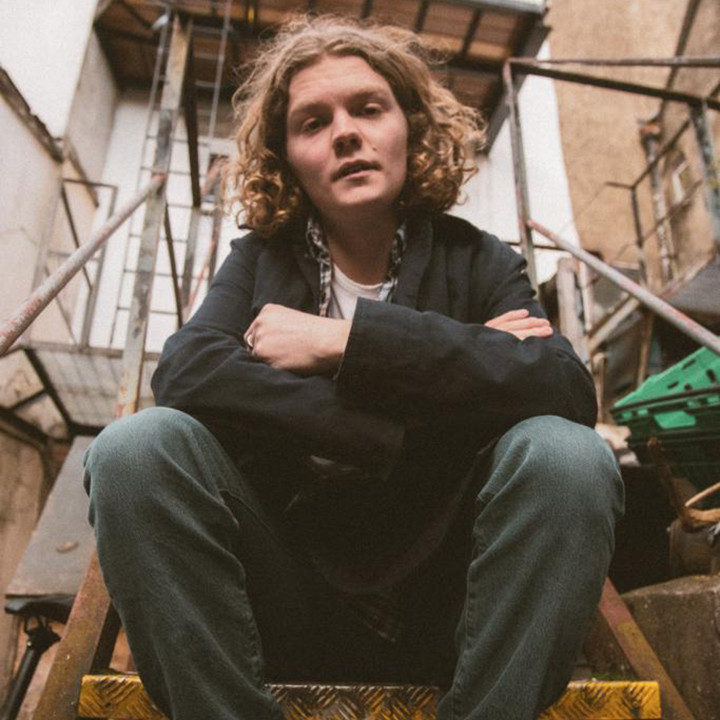 It is more than apt that George O'Hanlon is making his recorded debut with The Storm EP. Away from a stage or a microphone, the 21 year-old from Dorking might seem more inclined to simply shoot the breeze. Yet like nature itself, which with little warning can stir from merest whispers into a devastating tempest, through music O'Hanlon has the power to connect with some truly elemental forces.

The Storm EP's opening, and title, track makes this point with a smoldering beauty. From its gentle acoustic opening, O'Hanlon's bare emotions are there for all feel, vocally running a spectrum from earthy to angelic, before the song first swells and then bursts with an intense passion worthy of its title.

"I switch into a very different person when I play or write music," admits the singer-songwriter of the contrast between George O'Hanlon with a guitar in his hands and George O'Hanlon without one. "It's a very different person to who I am walking down the street or whatever. I really like to be in that moment. I think that's the whole point of music is that connection between people when you're on stage or when they are listening. That moment is so important."

The Storm EP is certainly ready to extend that connection. The four tracks are an immersive gust of horizon-spanning passion that ebbs and flows between raw feelings and warming emotional embers. Accompanying "Storm" is the vividly drawn "This Town," which simmers with hope and frustration; "The Weight" shimmers between a fragility yet a firm resolution, while "Explanation" is an intoxicating flare of heart-stirring fireworks. Built around bright guitars and sky-chasing melodies, O'Hanlon's vocals fizz with scuffed-up personal experience, yet when they need to, soar with a fresh personal passion.

"I just always loved singing," says O'Hanlon who found himself recruited in various school choirs. "Really though, it was always quite a private thing for me at the time it never really felt like anything I needed to share. It was it's just something that I really loved doing."

"Even in a group of mates, if it's more than sort of three of us, I go quiet," confesses O'Hanlon of his initial reticence. However, with college taking him to more and more gigs, all the "internal" music O'Hanlon was amassing slowly created a pressure that needed to find an outlet. Eventually, it became a case of maybe playing just one show, just to see...

"I just thought, 'I can, I can get up on the stage and play a couple of songs and give it shot,'" he recalls of his live debut.

It turns out that while O'Hanlon might not feel comfortable talking in a crowd, if that crowd is in front of a stage magic happens. Having stunned his fellow students, the songwriter swiftly expanded his performances away from the college circuit -- where he picked-up members for his live band -- to a series of grassroots venue shows as O'Hanlon soon came into contact with a manager and producer who have helped to guide him towards the creation of The Storm EP.

Yet while the experience of playing live has helped to forge the feeling of a "different person" onstage, as is immediately apparent from the candid quality of his tracks, the person performing and writing these songs is still very much George O'Hanlon. The feeling could not come from anyone else, although the songwriter explains that by making a place for his music to exist away from his everyday life, he has acquired the perspective that allows him to make the most of what life throws at him.

"The songs are all from things that I've experienced or have understood, but I find I take my emotions and channel them into a story," he explains. "I'm a quiet, shy person that wouldn't normally like talking about this stuff, so I've found a narrator for my life. So I write about things I've experienced or felt, just not necessarily from the perspective I originally saw them."

The authenticity of The Storm EP impact speaks to that emotional truth, though with O'Hanlon already looking ahead to a series of further EPs that will follow The Storm, it promises to be both an exciting and rewarding journey as both the artist and listeners will be able to experience his shifting perspectives as his songwriting evolves.

"I am finding my own voice in my own life, the life away from writing the songs," he suggests. "I was someone who I didn't talk to a lot of people, but I've now found a way to do that in real life and I can feel that was happening in songs too. I like the way that people like Johnny Cash, Thom Yorke or Jeff Buckley sing. They just put everything on the line for those three or four minutes of a song. That is what I'm trying to do too. I'm giving it everything I've got for my songs."

Considering the passion and the depth of heart-stirring The Storm EP, it is somewhat remarkable that its songs only trace George O'Hanlon's first steps on his artistic journey. Feeling the growing power and artistic electricity behind this young yet assured voice, it seems not only prudent to expect lightning to keep striking.