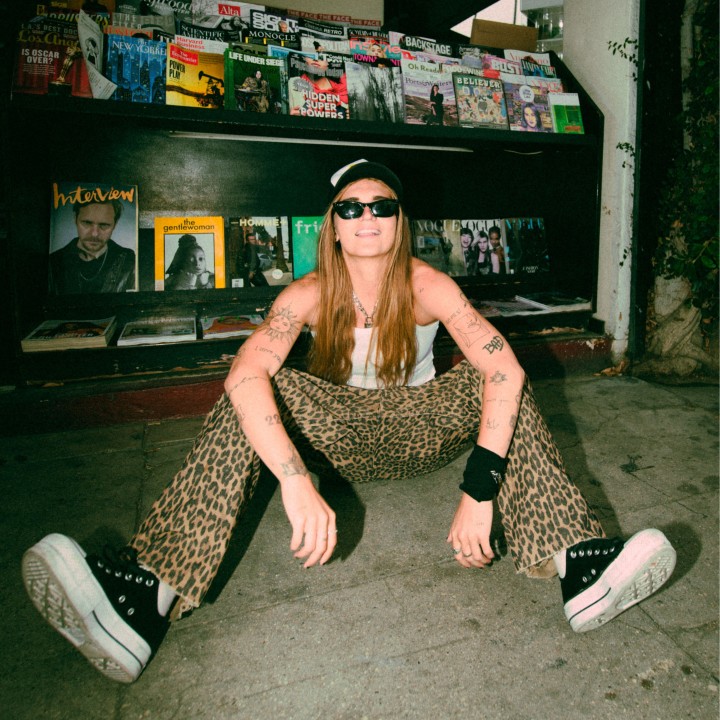 It's been a big 12 months of collaborations for Los Angeles based, Australian born G Flip. Drummer turned singer, songwriter and producer Georgia Flipo, has released their new single, "GET ME OUTTA HERE" via Future Classic. The bold and brash single is driven by a powerful drum line and backed by G Flip's relentless vocals. It marks a stunning continuation of their new-era sound. In tandem with the single release, G Flip has shared the official music video which was filmed in Los Angeles and is an unapologetically personal visual featuring Chrishell Stause.

"GET ME OUTTA HERE" follows the angsty "GAY 4 ME," which saw them team up with US singer-songwriter Lauren Sanderson. In the months prior, they shared "Queen feat. mxmtoon," "Waiting Game feat. renforshort," "Not Even In Vegas feat. Thomas Headon" and "Scream feat. Upsahl." The international love didn't stop there as G recently scored support slots with KFlay and Fletcher on their respective US Tours.