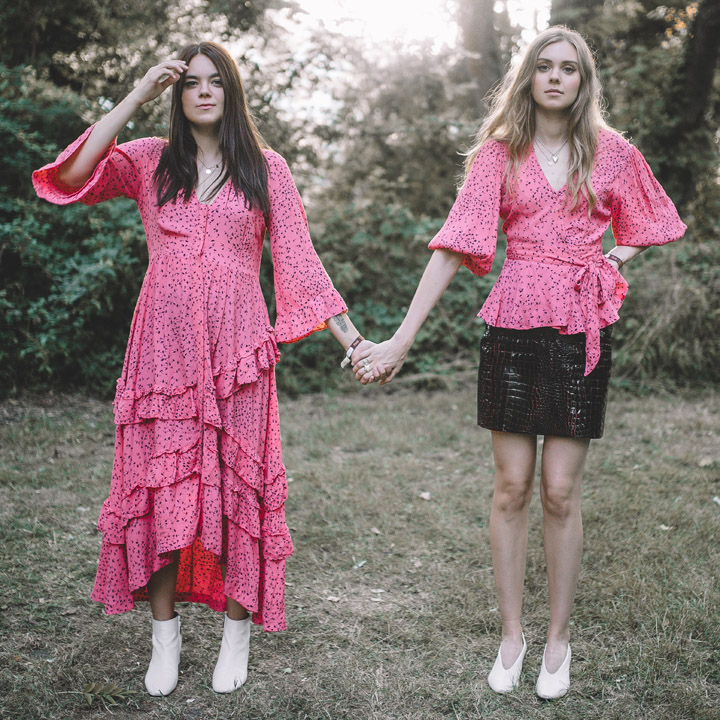 Maybe it's the beauty of their harmonies, blending the way perhaps only the voices of sisters can. Maybe it's the originality of their songwriting, or their captivating stage presence. Whatever, the appeal of the Swedish folk-pop duo First Aid Kit is unquestionable, and has resulted in ten stellar years on the music scene.

Sisters Klara (vocals/guitar) and Johanna Söderberg (vocals/bass guitar) became known internationally in 2008 as teenagers with their YouTube video cover of the Fleet Foxes' Tiger Mountain Peasant Son. It became a huge Internet hit. The duo then started work on a full-length album, balancing schoolwork with recording sessions. The Big Black & the Blue was released in 2010. This was followed by three more acclaimed albums: The Lion's Roar in 2012 (whose lead single, Emmylou, was listed by Rolling Stone as the 10th best single of the year); Stay Gold in 2014, which went on to win Album of the Year at Sweden's Grammys; and their latest, Ruins, which was released in January of 2018 and went gold in Sweden in August.

Meanwhile, as their music has developed, they have added material with a harder edge to their traditional folk-influenced numbers. In particular, their song for International Women's Day 2017, You Are the Problem Here, is a raw, all-out assault on men who sexually abuse women.

First Aid Kit is a band of rare harmonic perfection whose finely crafted songs can range from poignantly romantic to and gutsy and powerful. And their easygoing stage presence is guaranteed to enthrall and engage.