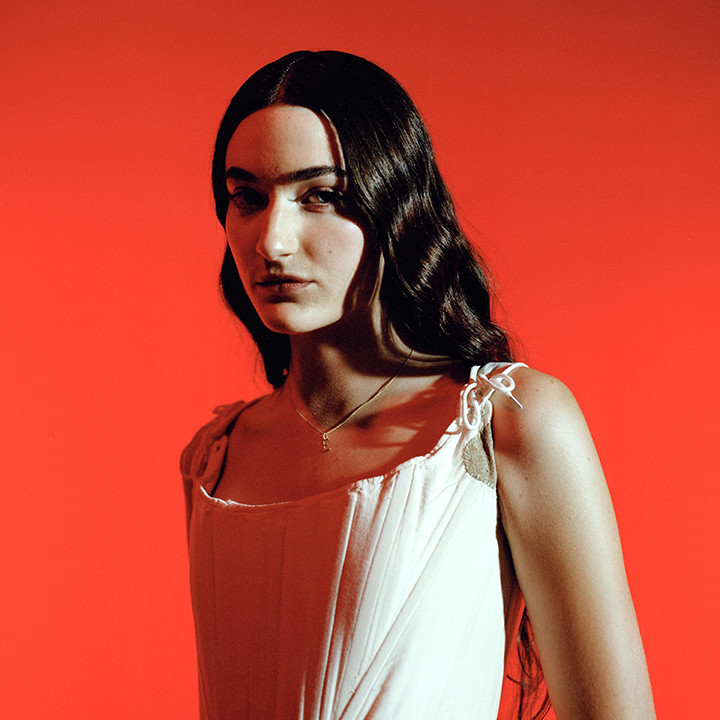 At the start of the pandemic, Etta Marcus had hit rock bottom. She had just been kicked out of jazz school for being more invested in developing her voice as a songwriter than nerding out with the genre purists. "I was destroyed," says the 21-year-old songwriter, "because it was my plan." Brixton-born and raised Etta knew she wanted to make a career out of music from when she was at primary school. College seemed like a logical way to make that happen. Now she was stuck at home and couldn't even get a job because of lockdown. "You feel like you have no place in society," she says. Her parents, both secondary school teachers who instilled Etta and her older brother with a love of music, told her to start sharing the songs she had been amassing on SoundCloud. "I'm quite precious with my stuff, and they were like: you're going to have to put yourself out there."

The next thing she knew, a lawyer got in touch wanting to work with her; they found her a manager, who scored Etta a deal with label services company Platoon. It's not surprising that things moved so quickly for Etta, whose sophisticated, intense songwriting recalls the Americana sweep of Sharon Van Etten, Lana Del Rey at her most classicist and the biting emotional contrasts of Phoebe Bridgers. Her debut EP, this year's View From the Bridge, offers striking portraits of self-sabotage: obsessive, self-destructive relationships; careless burnouts riddled with regret; pushing away those you love. "Kicked out of school / I don't work, I don't brush my teeth / Laughing along to the laughing tracks on TV," Etta sings on Confessional, a song she was scared to write. "I wanted to make it a bit tongue-in-cheek," she says now. "I always laugh at the 'brush my teeth' line."

The cathartic experience of writing that song opened up new frontiers in her work: "That I can be emotional when I write," she says, "and that's not weird." Her co-writer Josh Scarbrow helped Etta shed her self-consciousness in the studio, one day taking away her beloved guitar -- an instrument she loves because it feels like an extension of her body -- to encourage her to really own her work. They have a close creative relationship like those of Billie Eilish and Finneas, Olivia Rodrigo and Daniel Nigro, and Mitski and Patrick Hyland. "It's the best way to work when you have someone who really knows you and can put you in uncomfortable situations in a safe space," she says.

Etta's next EP, Heart-shaped Bruise, gets into uncomfortable situations and then some, showing the swift acceleration of her lens for particularly knotty relationship dynamics and vivid, shocking imagery. Crown wreaks vengeance; Smile for the Camera feels like a sister to Confessional, a mordantly funny but acutely felt song (inspired by her beloved Fountains of Wayne) about falling apart in public. On Nosebleed, she's grappling with subconscious doubts about her relationship: "I am the bitch that broke your nose / I bet you slept with a dark red pillow / But when we wake up, it's white / When we wake up, we're nice," she sings. The EP concludes with two more plainspoken songs about the aftermath of the relationship: "You left a heart-shaped bruise," she admits. "In the night I reach my hand out and feel it with my finger."

The aim, she says, was to show people that she's more than just a "sad girl," showing an angstier, grittier side to her songwriting. Radiohead is one obvious new influence; also the multidimensional Everything But the Girl, one of Etta's childhood favourites (her two guitars are named after Tracy Thorn and Ben Watt). For the first time, Etta wrote lyrics before the melody, inspired by her burgeoning love of poetry. Live, she wants to perform it with a full band, inspired by Phoebe Bridgers' full-blooded shows.

It's also her first release as an artist signed to Polydor Records. Despite having plenty of offers on the table, Etta wanted to do her debut independently so as to figure things out for herself. Now, she's embracing the potential to mount her full artistic vision. (She's still pinching herself that it's been mixed by Craig Silvey, who worked on records she loves by Julien Baker and Arcade Fire.) When it comes time to write her debut album, says Etta, she's going to be addressing "a lot of firsts" and how to balance her new life against her old life; experiences of "isolation and not coping in new places." Through a grim laugh, she admits: "I think I usually take the shittier side of things and write about that."