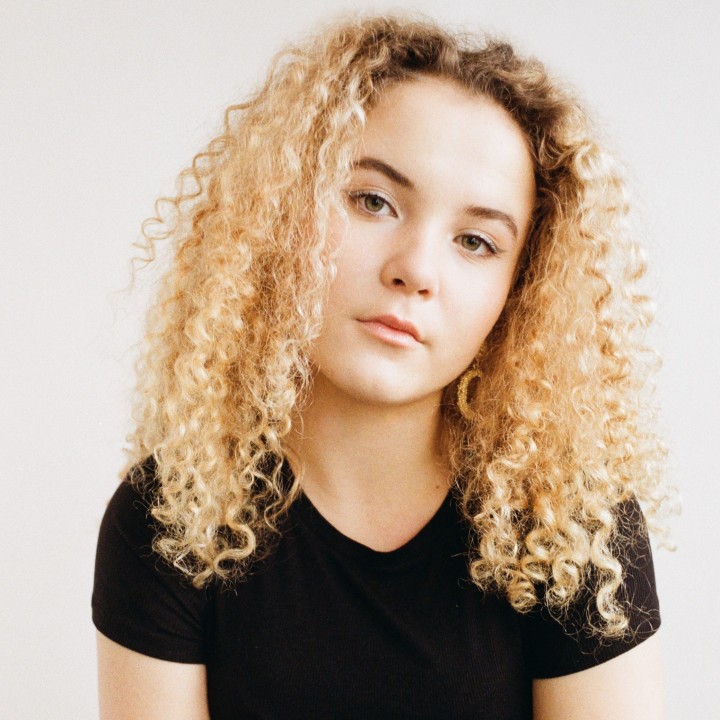 In Norway’s Emma Steinbakken, there can be found a moment of crystalline simplicity. “I do pop music,” says the 16-year-old rising singer, with a disarming directness. “The truth is very important to me and I want to show people that. I write how I feel, with very straight-forward lyrics. I don’t drop hints.”

But, as with so much in the world, behind simplicity and truth often lies undeniable complexities. Beneath the surface of ‘pop’, Emma has forged the melancholic with the empowering - her compelling voice with its husky edges rising over delicate strings, weighty percussion and piano, her heartbreak and growing pains skewered by strength and resolve. Being both an artist and a teenager, Emma is on a thrilling, multi-faceted journey where “it’s all about finding out who you want to be.”

Having already achieved platinum status in Norway with her debut single ‘Not Gonna Cry’, perhaps it’s unsurprising that Emma’s mom doesn’t let her Google herself, erecting a little shield against the growing attention she’s drawing. Emma is pragmatic on one hand - “I don’t think about hype that much otherwise I feel expectations that will be way too high and I’ll get sad if I feel like I don’t get to that place” - but also quintessentially 16 years old on the other. “I’ve been very lucky that people like my songs or listen to them that many times or whatever,” she adds with an embarrassed laugh. “I can’t think about it that much.”

Her duality - sociable, studious 11th year schoolgirl and ambitious, emotionally intelligent artist - weaves back and forth yet, like DNA strands, are inextricably linked. Juggling her academic duties and work “is stressful and hard, but I really want to go to school,” Emma says. “It’s important to me because I spend so much time with adults and I want to spend time with people my own age and more like me. The youngest guy in my band is, like, 25!” she adds.

In her lyrics, you fast discover Emma’s sharply observant eye, her startling (often painfully accurate) comprehension of her emotions and environs. She writes of herself and of her friends but, in turn, reflects us all.

Emma points out that “reading a lot of dark or sad poetry has helped me to describe my feelings and put words to them. It’s been a big part of songwriting for me. I often ask myself how I feel and why. I talk a lot to myself about how my friends feel and how I feel about how my friends feel, how he feels, how I could have left earlier or how we didn’t have to be together at all. Not every 16-year-old girl does this but I do.”

Whilst still an emerging artist, she’s no stranger to performing. She can recall her love of music and singing, with Adele being her favorite vocalist, from the age of two. “I loved putting on shows when I was very young and have my friends as the audience and wear my mom’s clothes. I think I was cute but it’s also embarrassing to look back. My mom recorded everything, we have so much weird stuff,” she laughs.

Emma’s earliest goal was to be a singer but as her friends developed the same dream, she bucked against convention. Instead, aged eight, she began playing soccer, toying with the notion of being a professional player. It didn’t last for too long. While accompanying a friend to an audition of the classic musical ‘Annie’ in her hometown of Jessheim. She was instantly hooked. “I loved being on stage and didn’t realize until that moment - I didn’t ever want to walk off it. I love the feeling it gives me, it’s really scary but when you’re done, there’s the craziest rush running through your body.”

Call it destiny or maybe luck, but a casual BBQ held by her uncle would change her path. It was there that she met her present manager. And the rest, as they say, is history. She was joined in the studio by producers Skinny Days, and the award-winning Ole Torjus. “The first time I went to the studio, I was very nervous but Skinny Days are really young and we joke a lot, it was a good vibe,” she says.

From those sessions came ‘Without You’, ‘Young’ and ‘Not Gonna Cry’. The former - deeply moving, with lush string arrangements - remains particularly special. “It feels very personal and it was so hard to write. It’s also hard to listen to it because I remember that time so well,” she says. On ‘Young’, Emma captures not only the highs and lows of youth but the ruminations and anxiety that needle away at the minds of Generation Z.

“Because we're young and have to feel something new / Fuck the consequences, let go off all our senses and get a tattoo / So let's break all the rules and act like fools / Because we’re young and we have nothing to do” - ‘Young’

“My life has always been full of things to do and I find it hard to sit in one place because I want to be everywhere all the time,” Emma says. “So when you’re feeling bored, you pick up your phone and see people doing so much cool stuff on Instagram and Snapchat. And you think, ‘Oh my god, I’m wasting a day in my life!’, and I get stressed about that. I wrote ‘Young’ when I was wanting something to happen. I know some things are fake (on social media) or there’s another story behind it, but you trick your brain all the time and I feel like everyone is doing something fun. It’s hard for me to relax.”

Emma describes her current songs as “mellow” but on the horizon lies a new body of work, one that’s, by her own admission, dark and hard and heavy. For this chameleonic artist, exploring new avenues has bestowed on her upcoming songs “more drums and bass, I’m really into drums these days! We use weird sounds and sample a lot of things, like, one time I was at a party and some people started to fight. I recorded their voices, we sampled that and now it’s a song bridge. In Norwegian. I sing in English but the bridge is Norwegian and I think that’s weird, like, “what the fuck is this?”, but also really cool.” And if Emma says it’s cool, then you best bloody believe it.