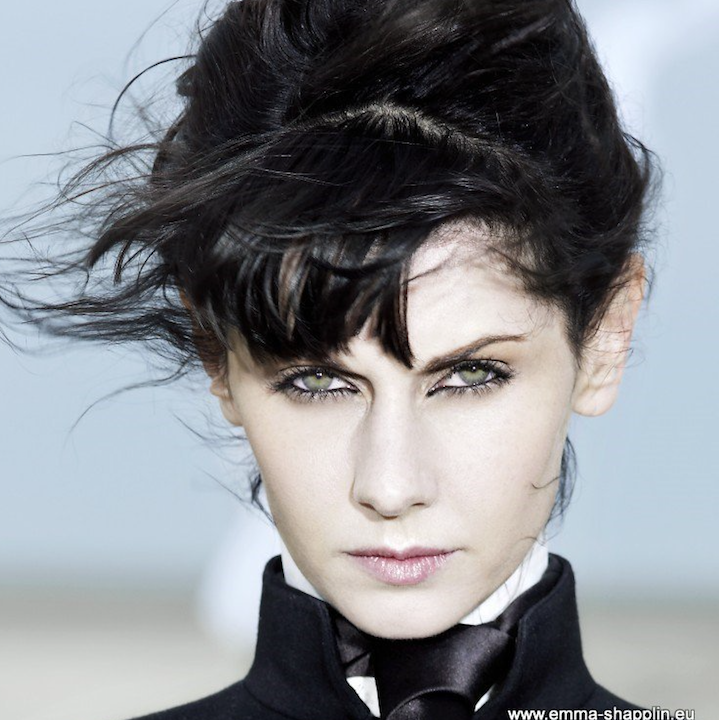 One of the hottest Opera stars of the last twenty years in the Internationally acclaimed and super gorgeous, multi platinum selling,

2018 -2019 - beginning of full production for her new album in Manchester and Paris, photo sessions in Athens and Paris
September : Invited for the Moncler Genius défilé during the fashion week in Milano

2013 - her 4th studio Album called «Dust of a Dandy» written, composed and produced by Emma was described as « a poetic and dark Electro pop rock music and lyrics »
Followed by impressive international shows «The dandy's tour »

2011-2012 - « live in Athens DVD » of her show "The Macadam Flower Tour" embracing her diverse facets including, electro-pop, rock, opera and neo-classical.
- internationalTour

2009 - 2010 - Her 3nd studio album «Macadam Flower» was written, composed and produced by Emma - a delicate and poetic journey in 3 languages (French, English and ancient Italian) through electro-pop and synth pop music.

This album went gold in more than 10 countries
Followed by an international Tour : « Macadam flower Tour »

2008 - Emma was invited to record in duet with Paolo Conte, one of his composition called « Coup de theatre » of his album « Psyche »

2003 - For her second studio album « Etterna » ,Emma signed a licence contract with Universal music London under the label ARK 21 with Miles Copeland as manager.The album « Etterna » was written and composed for 70% by Emma and 30% by composer Graeme Revell, with the performing participation of the London Philharmonic orchestra and choir recorded in Abbey road studio

2002 - Emma Shapplin was invited at the winter festival in Miami for an amazing performance to celebrate her top chart single dance remix, while she began composing and writing her next album « Etterna »
2002 - « Live in Caesar » album and DVD « Carmine meo » released worlwilde

2001 - a Trance remix of her first single by Yomanda (under radical records) hits number 1 in the billboard charts and stays top 10 in the maxi single Dance Chart for a year
2001 - Emma was invited by the well known Hollywood composer Graeme Revell to sing 3 original and graceful tracks based on poetry of Dante from his score for the Hollywood movie « Red Planet » - a soundtrack that she shared with Peter Gabriel, William Orbit and Sting.

Consequently to her particular style and charisma, Emma has performed since her debut in some of the most amazing places around the world, including the Acropolis in Athens, as well as the greek "Olympia" arena, the Kremlin Grand Palace in Moscow, the Esplanade Opera House in Singapore, 3 nights in the Caesare Arena in Israel in 1999 and again in 2004, the theatre Carré in Holland, in a newly excavated open air RomanMausoleum near Belgrade for 10 000 people, at an open air concert on the site of an immense temple in Bali, on the Tunisian seashore of Hammamet, in Bueno aires theater Coliseo , and in a 7 000 seats the « Luna Park Arena » in Monaco for an ice skating event hosted by Prince Albert, in a stadium in Chihuahua for 25 000 people and right above the racing circuit, to open the first Formula 1 at night in Singapore, concert for Antalya expo 2016, and sang for U.N.E.S.C.O 2016 , U.N.H.C.R in Athens, 300éme anniversary of the tsarine's Palace for the G8 in presence of Mr President Putin and 20 presidents with their First Ladies

to name but a few and thousand of TV performances and talk in not less than 20 countries, Emma Shapplin sang and synchronise for commercial brands , movies, TV series and many prestigious brands in many countries ( such as Mercedes benz for the CLS, Alrosa diamonds, Kia, « j'aime » diamonds brand, Ferrero chocolate, Carrera y Carrera Jewelry, The Soprano series, HSBC for their 10 best clients in Singapore, Renault Versatis in Germany, for Philips

« plasma aurora » with filmmaker Wong-Kar-Way, During the world economic forum 2016 in Davos to promote the antic «Göbeklitepe» for Dogus group....