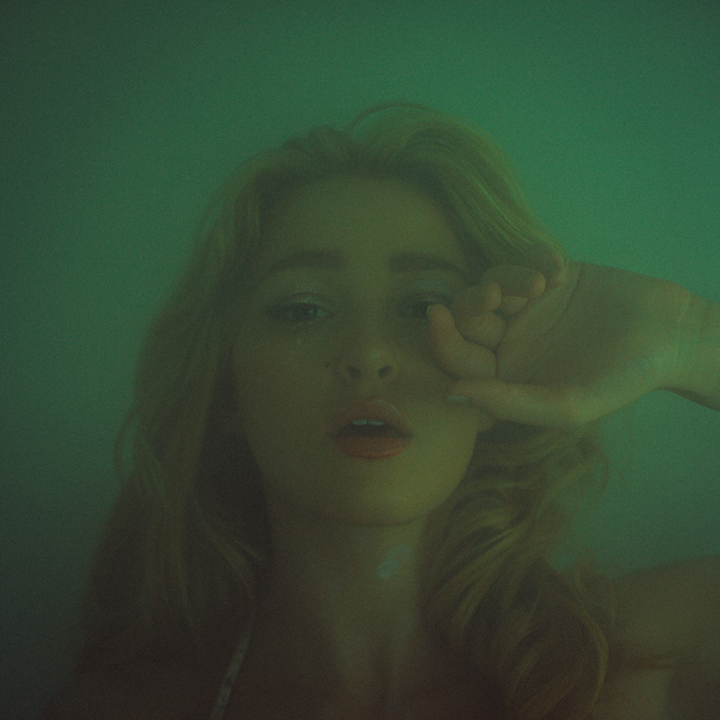 Singer and songwriter Elley Duhé grew up on the nation’s Gulf Coast, shuttling the 45 minutes between the small coastal towns of Vancleave, Mississippi, and Dauphin Island, Alabama. She remembers languid summers by the ocean, eating heaps of fresh seafood, and listening to the classic rock, blues, and jazz musicians who came through from nearby New Orleans. Raised in an extended musical family, Duhé also recalls jam sessions with her uncles and father, who got her her first guitar when she was 14. “There’d be one uncle on bass, another on drums, my dad playing guitar, and the rest of us singing and dancing into the night,” she says.

But growing up in a small town had it drawbacks. “I was a bit of an oddball,” Duhé says. “I wasn't a gymnast or a cheerleader. I was into acting and music and those passions weren’t really supported by my teachers the way academics or athletics were. I had weight issues and wasn’t attractive, so I got bullied. Kids at a certain age can be pretty cruel because they don’t understand how their behavior can affect someone. My dad always told me not to give a shit, so I tried to block it out. Music helped me do that. After playing guitar for six months, I felt like I was actually being seen and heard for the first time — that I wasn’t invisible and that I had a voice. Writing songs and singing made me feel like I had worth and value.”

Duhé began her career at 15 singing in coffee shops, then graduated to paying gigs in bars, restaurants, and at private parties, eventually parlaying the exposure into opening for national acts and hooking up with songwriters in Nashville, Los Angeles, and Austin, where, after dropping out of high school and getting her GED, she spent three years honing her craft. “I got a lot of conflicting advice on what to do with my sound,” she says. “Some people said I should do hip-hop records, others said I should do straight-down-the-line pop. I lost confidence that I could fully create my own work without having anyone else’s input and I became very insecure.”

Duhé parted ways with the team she had been working with and was forced to return to Dauphin Island broke and jobless. “I was just like, ‘Am I going to go back to playing in bars for money, sneaking in my own songs in between all these covers?’ I was so over it because I had done it throughout my teenage years. So I felt like I was spinning my wheels and not really getting anywhere. I decided that I was going to try to believe in myself again and completely start over.”

Duhé has channeled her feelings about her struggles into her songwriting, attracting 3.6 million Spotify plays for her debut single “immortal,” which VIBE has described as “an electric, hip-hop influenced track that tells a story of empowerment” and calling out its “captivating melodies that will give you goosebumps.” “I was at rock bottom when I wrote that song,” Duhé says. “I was in a hotel room in Atlanta. I had just driven six hours to meet J. Hill, who is now my manager and one of my producers, and I had this determination, after being kicked down, to get back up and make music again despite everything I’d been through in the past couple of years. There's a certain point where you start to think you're crazy, like, ‘What are you doing? Are you chasing a pipe dream?’ So “immortal” is about being resilient and persevering. It was my way of saying, “I’m not finished yet. I’m going to keep pushing for a better life through music.’”

The irony that a song she wrote at her lowest point has earned her millions of streams is not lost on Duhé. “I think it’s connecting with people because it’s such a positive song,” she says. “I've gottenmessages from fans telling me how when they’re going through a time where they feel like giving up, they play “immortal” over and over and it gives them that fire back. I'm glad I could transpose what I was feeling into a piece of music and give that to people.”

“immortal” also kicked open career doors. Now signed to RCA Records, Duhé is gearing up to release her debut EP, which is filled with more empowerment songs, including her new single, “Fly,” which finds her setting her soulful, emotive voice to lyrics about finding freedom from pain and hurt rather than running from it. Duhé was inspired to write “Can You Touch” from the sentiment that “negative people can’t touch me because I’m at such a high place.” “I won’t allow anyone’s negativity to bring me down.” And finally “Way Down Low” is about someone going through one of the worst times in their life. “I had moments back in high school where I wanted to give up on myself,” Duhé says. “But I had people who loved me and carried me so that I could keep on dreaming. So, when we're way down low, we dream on up. It’s about having that person who will fight for you when you're at your weakest.”

“At this moment in particular, I’m drawn to writing about human strength and the ability to go the distance in life, through all of the ups and downs,” Duhé says of her songwriting inspiration. “At the end of the day, nothing is ever going to be perfect. Things won’t always pan out exactly the way you want them to. But songs that help carry you through, I think that's what my records are about right now. I want to let people out there know, ‘You're not alone. I'm here with you and I'm going through these things, too.’”