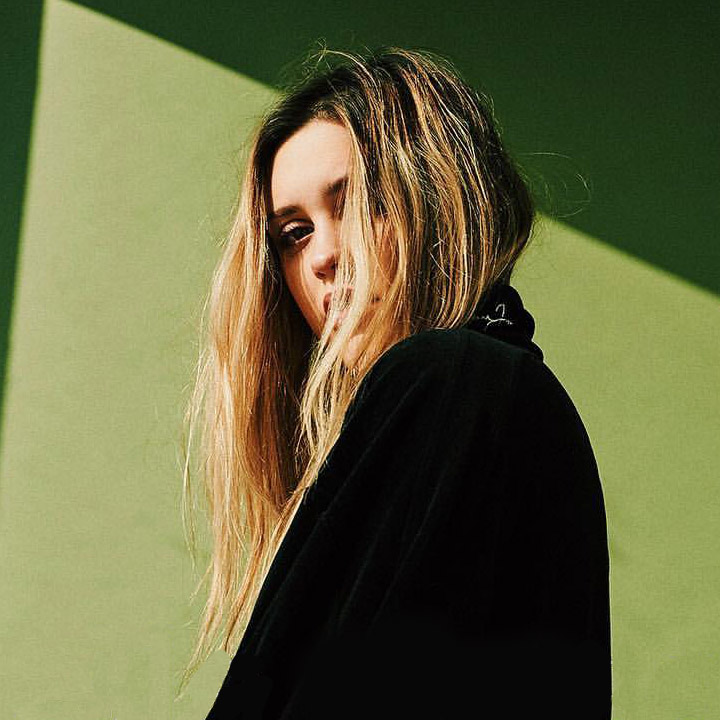 When Elle Watson writes, she's drawn to subjects that are a little off-kilter. Maybe even a little dark. "I find a sense of imbalance so inspiring," says the 19-year-old singer-songwriter. "That can be in anything: contradictions that you have in yourself, or something that you feel isn't right in a situation. When I write, I just put my hands on the piano, and find a bit of dissonance that I find really pretty. Then I go from there."

It's this tendency in her songwriting toward the jarring and the eerily beautiful that got her signed to Paul Epworth's Wolf Tone label at the tender age of 16. Watson had been laying down some early demos with Epworth's engineer Joe Hartwell-Jones at the time. Hartwell-Jones -- aka JHJ -- invited her back to the studio to continue their collaboration, and over the course of six months they recorded a clutch of stormy electronic R&B songs. Little did Watson know, she'd been invited back at the specific request of Epworth, who had heard her early recordings and encouraged JHJ to keep working on them.

After six months, "I met Paul, and right then, he was like, 'I want to sign you to the record label,'" Watson remembers. There was no doubt in her mind that it was the right place for her to launch her particular brooding brand of experimental pop. "I liked the fact that it was a smaller label and that it was so music-driven. From then, Paul was my mentor."

Now, Watson is preparing to release her debut EP in early December. Though she's still relatively new to the music business, the singer-songwriter has a clear idea of her sound, drawn to working with producers from the murkier side of R&B, hip-hop, and house. Her spine-tingling ballad "Losing Any Sleep" weaves itself through the shattered fragments of a Holy Other track, and on her latest single "Walls" she teamed up with Clams Casino, maker of spaced-out, densely emotional hip-hop beats for the likes of A$AP Rocky and Vince Staples.

"Walls" is a lush, escapist daydream full of longing that any small-town kid can relate to: In my head I'm running, jumping, going insane/ I just can't wait 'til I get out of this place. Elle recalls how her experience of feeling trapped at school inspired the song: "One morning, I didn't realise how close I was to the window, looking out into the bigger world, until I bumped my nose, and saw my breath all over it. I needed to get out of there."

Watson has always escaped into music. Born and raised in Sevenoaks, Kent -- which she describes as "the definition of a small town" -- she remembers feeling distinctly out of place at her rigorously academic school. Her parents, both music obsessives, had raised her on The Cure, Prince, Brandy, and Bjork. "When you're at the back of the school bus, rocking out to Bjork, and everyone else is listening to Rihanna, you're opening up a door for people to be mean to you," she says. Her sense of isolation was only exacerbated by her own tendency to get lost in thought. "I felt like I was a lot older when I was 14; sometimes that made me a lot more cynical. I'm a massive over-thinker."

She began to learn piano at the age of 7, but not enjoying the top-down, classical approach to music, she had quit by the time she was 10. It was only a couple of years later, when she discovered that you could download your own sheet music and Google lyrics online, that the world of music opened up for her. Sitting at the piano with the free reign to play the pop songs she really enjoyed, she would find herself absorbed for hours; and that was when her family noticed that she could really sing. By the age of 14, she would perform occasionally at family functions and local pubs.

It was at one of these low-key Sevenoaks gigs that she got her break: Blur's onetime-manager happened to be in the audience, and took a shine to Watson. He recommended her to a friend, and before long she had management of her own. Once Watson had signed to Wolf Tone, it seemed she was living her own personal fairytale, and she'd soon be out of Sevenoaks. As her friends left town for university at the end of school, Watson immediately moved to east London, and began spending all her time in the studio writing.

Don't call it a fairytale, though: that's not the kind of artist Watson is. A Tumblr addict and Stephen King fan, she admits: "I'm a bit of a creep at heart. I'd rather watch a documentary on a serial killer than watch a romantic comedy." Watson has a gothic literary edge, absorbed from poetry and thriller novels, that flickers powerfully through her songs.

In music, too she admires the densely lyrical and often troublingly raw style of Kendrick Lamar and Biggie. Of one of her favourite lyricists, Robert Smith, she explains: "He's got a really good balance between imagery and creating a story. I'm not really a person for hooks, I'm more about the turn of phrase, the subtle stuff." That sensibility glows, as softly yet powerfully as moonlight, throughout her debut EP. The rich imagery she weaves through love songs like "Phantom" is haunting: When it comes to nightfall, I can feel the phantom in my bed/ It tells me I should be with someone else instead. She may be drawing on dark subject matter, but in Elle Watson's future there's nothing but brightness.