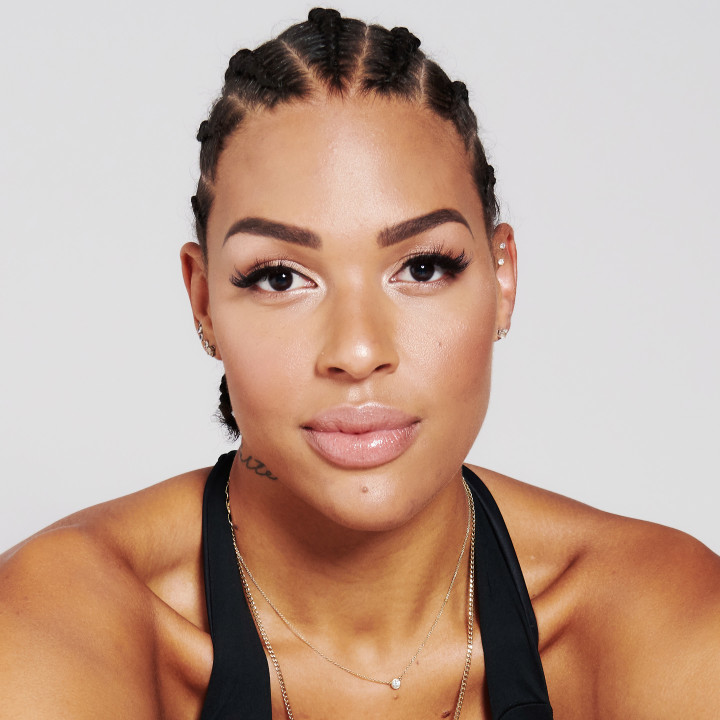 Despite being an acclaimed Olympic basketballer and holding the record for WNBA single-game score on the court, English-Australian Elizabeth Cambage is commanding attention off the court too.

Vaulting a solid basketball career, it's her passion for music that has taken to the centre of her court, reeling in a fashionable barrage of attention in the electronic scene. Driven by an emotive slew of techno and house hues, Elizabeth's lane is luminous, taking her guise straight to the most coveted clubs, festivals and exclusive gatherings in Australia and around the world.

There is no doubt Elizabeth Cambage's reverence for music is her catalyst, showcasing her love for underground electronic music while teasing a sneaky sun-soaked Sunday session.

Gracing the console at For The Love, Groovin' The Moo Festival, Melbourne's iconic institution Revolver through to events for global brands like Adidas during Coachella week, Elizabeth Cambage's sound has travelled. Not only has she graced stages across the globe, but has too supported some of the world's most renowned musical icons from Mary J Blige to Steve Aoki, sitting firmly amongst some of the highly influential pioneers.

Making memories with dance-floor fanatics, the house and techno scene is collectively preparing to embrace Elizabeth Cambage in full force, reining in a trail blaze from the respective OG pro-basketball influencer to the ultimate key player in the club, festival and event mainframe.

Elizabeth isn't just stopping her take over at the decks, she has recently co-founded Vitadrop, an Australian made and owned vitamin company.