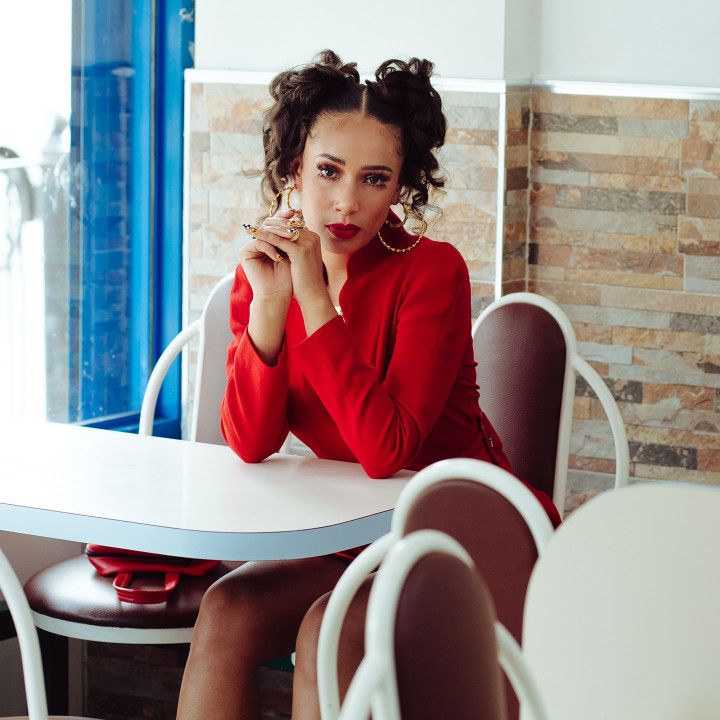 Eliza Rose is the East London DJ and vocalist who's bringing together her love of UK soundsystem music and soulful lyricism. A self-styled selector and resolute collector of vinyl, Eliza's committed to playing dancefloor music that'll make you listen as hard as you dance.

Her journey as a lyricist began when she dropped some vocals into a voice note for her mate Angel D'Lite ('Pleasure Xone 43') and she's gone on to collaborate with M4A4 on 'Shades Of Red,' an EP of underground garage and neo-soul stylings, and Cody Currie on the 'Flame' EP, serving up rolling deep house grooves and sweet, sultry lyricism. When she sings, her love of Nina Simone, Amy Winehouse and UKG combine, and her voice dances across beats picked from the world of soundsystem culture. As a vocalist, she's comfortable on house, garage, jungle, broken beat and even harder warehouse sounds too.

Eliza is currently riding the wave of B.O.T.A. (Baddest Of Them All), an uptempo garage banger with irresistible vocal hooks. It's clocked over 1m streams on Spotify and is being called the song of the summer by Jaguar, Arielle Free, NME, Dazed, Sarah Story, Clara Amfo and Danny Howard for good reason -- B.O.T.A. is carefree dance music at its finest, a bonafide earworm backed up with deep, dubby, underground production. It's being played all over Radio 1 and is hitting all of the major Spotify and Apple playlists, as well as doing damage to the Shazam dance chart and sending music journalists into a spin. It's the breakout record that Eliza's been threatening to make for a minute now.