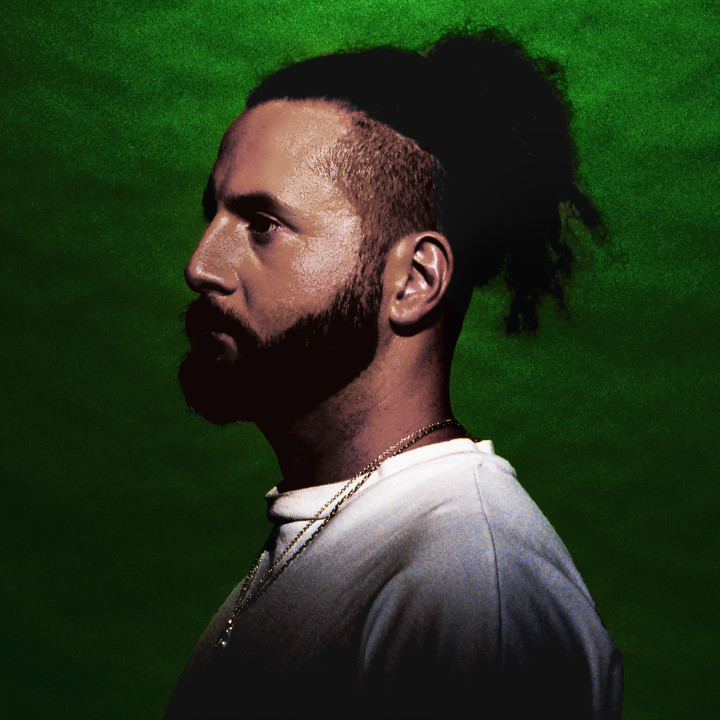 A live phenomenon, classically-trained multi-instrumentalist, producer and singer/songwriter Elderbrook has a knack for creating emotive music that explores the sensitive and introspective themes of identity and mental health.

Grammy and Ivor Novello nominated, 4.5 million Spotify listeners, tours with Jungle, Bonobo and Friendly Fires and collaborations with Camelphat, Diplo and Rudimental have earnt him a revered reputation as a multi-faceted, forward-thinking talent who is comfortable exploring a range of genres.

Elderbrook isn't one thing, or another thing. In the modern electronic world, he's the type of multi-faceted, forward-thinking talent who is comfortable exploring a range of genres. Exploding onto the scene with the 2017 global smash 'Cola' with Camelphat -- with current Spotify streams standing at a colossal 156 million -- the track which earned him those Grammy and Ivor Novello nods, plus a No.1 on the US Dance Airplay Chart.

He has gone on to receive plaudits from Annie Mac -- performing in the R1 Rave Lounge -- nods from Pete Tong, Diplo, Toddla T, through to performing on platforms including COLORS, Mahogany and a steady stream of international press.

Last year he was front and centre on the Diplo co-production How Do You. Then there was his uplifting summertime collaboration with Rudimental in the shape of Something About You, a soulful offering buoyed by a viral video starring Michael Socha (This is England, Chernobyl). This track also shot to No.1 on the US Dance Airplay chart; with Elderbrook now being able to boast having 'Something About You' and 'Cola' both hitting the No.1 position.

"I actually had that song in my arsenal for a couple of years" Elderbook explains. "I had tried different ways and styles of production, however once Rudimental had a look at the production and sent it back, it just all clicked. It was a song that I needed to do with them. And we took it from there."

And now he's going to be something else. In 2020 get ready for Elderbrook, album artist.

"I love all different kinds of music -- pop music, underground electronic techno, I love it all," he expands. "I wouldn't want to limit myself in any way."

In the spirit of that open-minded, always-exploring approach, this self-taught bedroom artist -- who signed to Parlophone two years ago after a strong of independent releases that were critical smashes in the underground dance world -- then embarked on a series of globetrotting writing and producing projects for talent including Seeb, Diplo and Milky Chance.

Then he was frontman on his own autumn tour, playing to 10,000 fans across Europe and America, including sell-out shows at EartH in London, Saalchen in Berlin, Bowery Ballroom in New York and The Troubador in Los Angeles.

"That was amazing," he says now of a one-man-show in which he was singing, playing keyboards and drum machine, and all the while triggering and looping tracks he'd carefully built up in his studio.

"It was the first time where I felt I was playing proper rooms, where people came down and really showed up," adds this London-based artist born Alex Kotz. "Obviously I've done a few tours before, especially in Germany playing 500 to 600-capacity rooms. But with these shows it was starting to feel like a proper event.

"There are definitely moments where I really have to think about what I'm doing. It can get difficult doing so much physical activity: playing electronic drums at the same time as running around on stage and singing. So, yeah, it can be a challenge," he smiles.

And in the midst of all that, Elderbrook was focusing on the project that's occupied his mind for the past few years and which he's currently completing in a London studio: his debut album.

"I've been writing for the last however many years," he says, "building up loads of tracks and songs to choose from, figuring out which ones are worth being on the album."

The starting point, though, was a particular trip to Los Angeles.

"I've worked with a lot of producers, so I went out and kind of got away from everything in LA to record with Jake Manson from the DJ duo Blonde. We spent a month pretty much recording the first part of the album out there. He's been helping me finish the entire record. He gets the project and we like working with each other."

Early on, the pair's understanding struck creative gold on a track called Down By the Bay. "We wrote it in a day and it's still the song that I'm most proud of writing ever in my life. I honestly think it's the best piece of work I've ever done. Since then we've written a couple more together, so it made sense that he helped me finish the whole album."

Another of those tracks is All Of My Love, an electronic heartbreaker that showcases Elderbrook's incredible vocal range.

"I can sing in a lot of different kinds of ways -- it can be confusing sometimes," he acknowledges with a smile. "I guess it's just whatever I feel the track needs. I don't go out there saying: 'Today I'm going to sing like this or like that.' It happens naturally.

"That one's basically a love song to my now-fiancée, saying how vulnerable I really am. In the verse it says: 'Got me under your thumb/I guess that's just the way I am/You can walk all over me/Anything you'll ever need.'

"Basically it can be for anyone, it's a love song for anyone, about being at someone's mercy."

It's obviously deeply personal too, not least because it was inspired by the first present his girlfriend gave him: a ring inscribed on the inside with "All Of My Love."

"So I wanted to write something called that, and I did, and now it's on the album which I'm very happy about."

Then there's another LA song, the defiant and uplifting They Don't Show Me Love, written with Toby Gad. Equally powerful and equally blessed with his trademark soulful vocals is Numb, another result of another LA session, this one with a friend of his, Australian producer Nicky Night Time.

"I went to his studio apartment in a warehouse in downtown LA and the song came together really quickly. The track is basically about me being so far away from home and being alone; a couple of weeks before that I was playing SXSW in Austin, Texas. I'd never been there before and I was there for a week before SXSW.

We can tell as much from the emotionally charged lyrics on Numb, which is scheduled as the first track to be released from the album: "Reaching in the dark/with nothing there to touch/I wish I could love/are all about being alone."

There's similar intensity -- similar yearning for human warmth and connectivity -- in Why Do We Shake In The Cold. It's the only one of the album tracks that Elderbrook played on his autumn world tour, and it went down "super, super well. It's airy, it's a lovely track and suddenly it just changes tempo and hits really minimally hard when it drops. People responded really well to that, I wouldn't say techno, but more electronic aggression."

Lyrically, it's the track that means most to him -- so much so that it's also the album title tack.

"The whole concept of Why Wo We Shake In The Cold is thinking how humans interact with each other. Obviously, shaking in the cold, scientifically speaking, might be just to warm up your body through friction. But what I imagine is that maybe people shake to show other people that they need them.

"That's a big thing lyrically for my album. All the songs are about human interaction and people needing each other. And I think that title is a really good way of embodying that in a physical form. That's important to me."

At the time of writing Elderbrook is putting finishes to the album in London while also prepping for his new tour -- a run that will see him playing 3000-capacity venues in some European cities. But whatever the size of the room, whatever the sound of his vocal, whatever the speed of the beat, for Elderbrook it's all about one thing: connection.

For the artist who isn't one thing or another thing in the modern electronic world, that connectivity is everything.

"That's what I try and do, whatever I'm doing: I try to write from a personal point of view. But it's personal things that everyone feels, and I think that's how it ties back into the theme of the album, embodied by the title Why Do We Shake In The Cold.

"It comes back to people needing people, interaction, anything to beat loneliness -- but also, just showing that you can be vulnerable. That you need someone to come and stop you shaking in the cold."

Raising the bar and raising the temperature: with his long-awaited debut album, Elderbook is banishing the cold and bringing the heat.