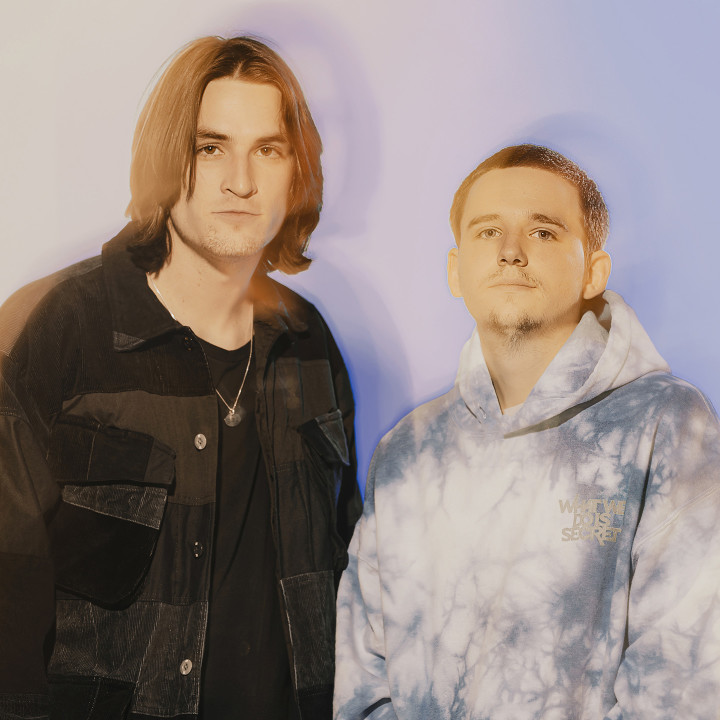 Emerging from America's grassroots electronic scene, EAZYBAKED is compelling listeners and contemporaries with its charismatic, contemporary take on Bass music.

Eric Ray and Andrew Principe's bond dates back 15 years to childhood playgrounds. Following their discovery of DAWs in Senior year of highschool, the two began making beats together daily under the monikers 'EAZY' and 'Mr. Baked.' Recognizing their chemistry and ability to cocreate, Principe and Ray joined forces to become one as EAZYBAKED.

Inspired by acts like Flume, Tsuruda, and Mr Carmack, the two have created a sonic identity that is experimental, raw, and honest. They first emerged alongside Lost Dogz collective acts like sumthin' sumthin' and Player Dave. Today, EAZYBAKED has become a household name across the nationwide Bass scene by pushing underground music and its sonic boundaries.

To date, the duo has been booked for eclectic venues such as Red Rocks, and performed high-profile festival sets at EDC Orlando, Okeechobee Music Festival, and more. Following their biggest performance to date at Okeechobee in 2020, the global pandemic and birth of Principe's child inspired the duo to expand their horizons. This led to the creation of the duo's upcoming debut album, INTERTWINED, due out March 4, 2022.