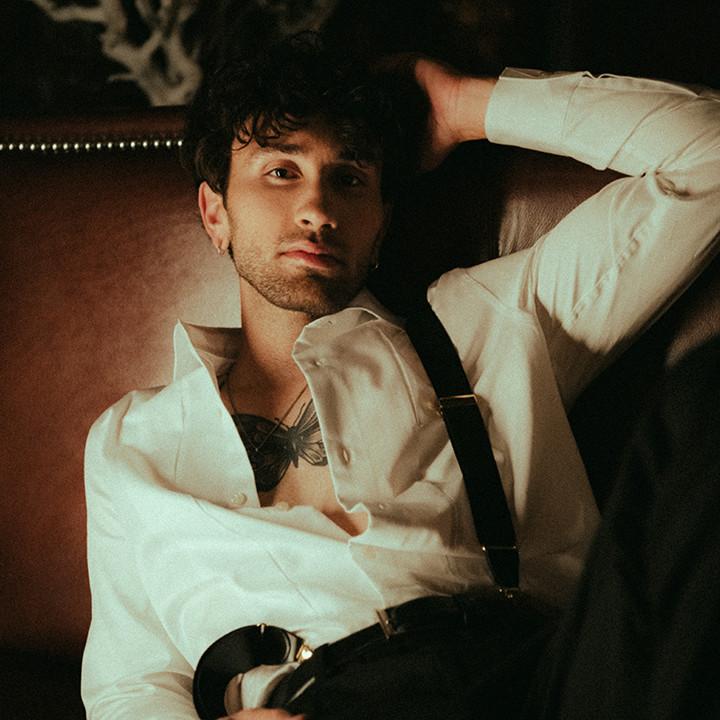 As an ambitious 26-year-old singer/songwriter, Dylan Matthew has gained over 5+ million monthly listeners on Spotify, 762K+ TikTok followers, has had multiple tracks in Billboard's Dance Top 50, and has worked on more than 40 recorded projects -- and shows no signs of slowing down. His viral single, "Love Is Gone" (acoustic) is RIAA Gold-certified and soon to be Platinum certified, with his top streamed track garnering over 650+ million streams worldwide, and amassing more than 182 million views on the YouTube video.

An engaging live performer, Dylan has wowed sold-out crowds in some of North America's most storied venues and festivals including Coachella, Lollapalooza, EDC Las Vegas and recently sold out his first ever solo headline show in Los Angeles at Avalon Hollywood.

A southern California native, Dylan sang before he could talk. His childhood is reminiscent of folk, pop, and soul -- shared by his dad, a former professional touring musician. Having grown up on greats such as Otis Redding, Neil Diamond, Billy Joel, Hall & Oates, and more, this inspired Dylan to discover modern day interpretations by way of Ed Sheeran and Michael Bublé, whom he calls "a huge influence in how I write melodies and shape my voice." Self-taught on piano and guitar, Dylan kept his musical talents private, focusing on sports and considering an altruistic career as a psychologist. Encouraged by friends and family, he performed publicly for the first time at his school's talent show with John Legend's "All of Me." The exhilaration he felt onstage and the enthusiastic audience response then guided him on a path toward his passion in music.

He launched a YouTube channel at 18 years old, where he began posting acoustic covers and original songs. Dylan quickly cultivated a loyal following which would soon generate tens of millions of views. His inaugural EP, Over You (2016), yielded his first hit, the bouncy love song "All Day Long." After reaching out to DJ/producer Kayzo, Dylan began providing vocals for dance tracks, beginning with Kayzo's Black & White EP and the Slander x Kayzo collaboration "Without You." Dylan released his second EP, the pop-rock Nocturnal Mind, the following year, which included "Sober," his first single to reach one million streams on Spotify. His third EP, Only Up From Here, released the same year and featured the aspirational "Blurry Eyes." A string of solo singles marked 2018 along with the Seven Lions x Slander x Dabin project "First Time," his first of several songs to crack the Billboard Top 50 chart.

Dylan will add a new EP to his discography set to release in early 2023. Centered in indie pop with threads of alternative, R&B, soul and other genres woven throughout, the EP explores deeper feelings and personal beliefs, with heightened vulnerability in every lyric.