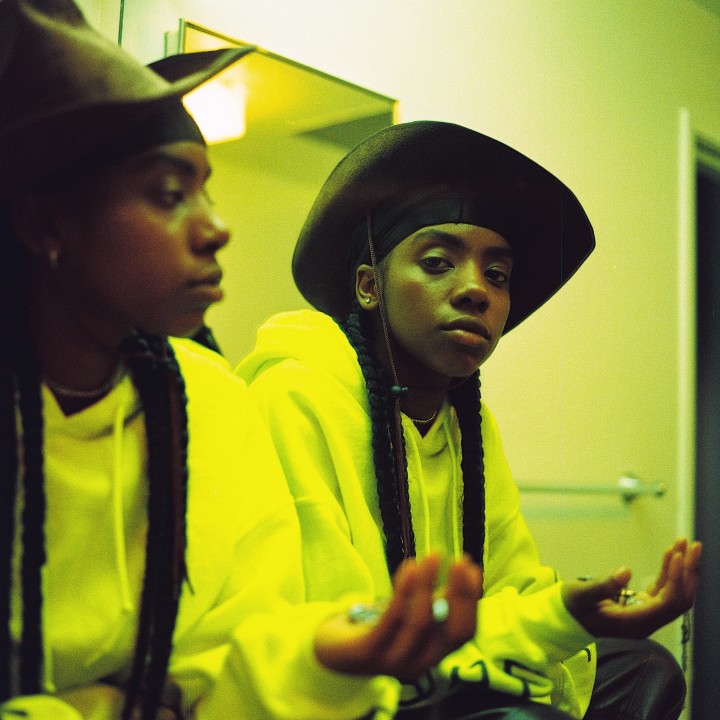 It’s tempting to describe Dua Saleh as a natural. An artist who only began recording music two years ago isn’t supposed to sing with such infectious bravado and haunting gloom. Yet to say Dua, who identifies as gender non-binary and goes by they/them pronouns, has arrived fully-formed on their first ever EP project titled Nūr - (pronounced “noor” - meaning “the light” in Arabic). They may have just decided to try songwriting, but they’ve spent their life working across divisions: borders, mediums, identities, and protest lines.

Dua Saleh grew up in St. Paul, Minnesota’s Rondo neighborhood. It was there, in a black cultural center of the Midwest with a once-thriving soul and jazz scene, where Dua became obsessed with music. From the sounds of their home country of Sudan streaming from a satellite specialty channel, to the jazz-scat singers of the 1940s, to R&B and hip-hop of the early 2000s, to dancehall and afro-beat, everything was fair game for Dua. Writing poetry provided an escape from a rigid home life as open mic nights became a refuge to build community and a sense of self. During college Dua received recognition for their poetry, started to build confidence in their voice and became more comfortable on stage. By graduation, their poems started to sound more like lyrics.

When Dua Saleh posted their first musical attempt on the internet, it was a fun experiment to show friends. Almost immediately, the Twin Cities scene took notice. One of them was the producer Psymun (Future, Young Thug, Juice WRLD, Corbin fka Spooky Black), whom Saleh was a fan of but didn’t know shared the same hometown. The pair struck up a chemistry, which led to Psymun executive producing Nūr. The EP includes “Kickflip”, a playful bop that Saleh wrote gazing out their window after waking up restless at three in the morning with a melody that had to get out. “Albany” is more impressionistic, flipping a dark memory of loneliness and heartache into cathartic vocal harmonies that take on a hymnal quality as they build layer upon layer.

It’s Dua Saleh’s fluidity - of sound, of form, of self-presentation - that makes them so enlivening. Their vocal range is elastic, floating from an elegant purr into an unvarnished, guttural growl, and then back again at a moment’s notice. Their writing can be dreamy, but more often plumbs the soul, pricking deep with a poet’s precision and showing the scars that remain. With a life that’s been charted across continent and conflict and an early adulthood spent pushing back against myopia and dogma, Saleh doesn’t resist traditional classifications as much as they transcend them. Their music is in conversation with their African ancestry and the future possibilities of the diaspora in a way that collapses the distinctions between global, local, personal and political. To listen to Dua Saleh is to hear, in real time, someone fight for the right to define themselves for themselves.