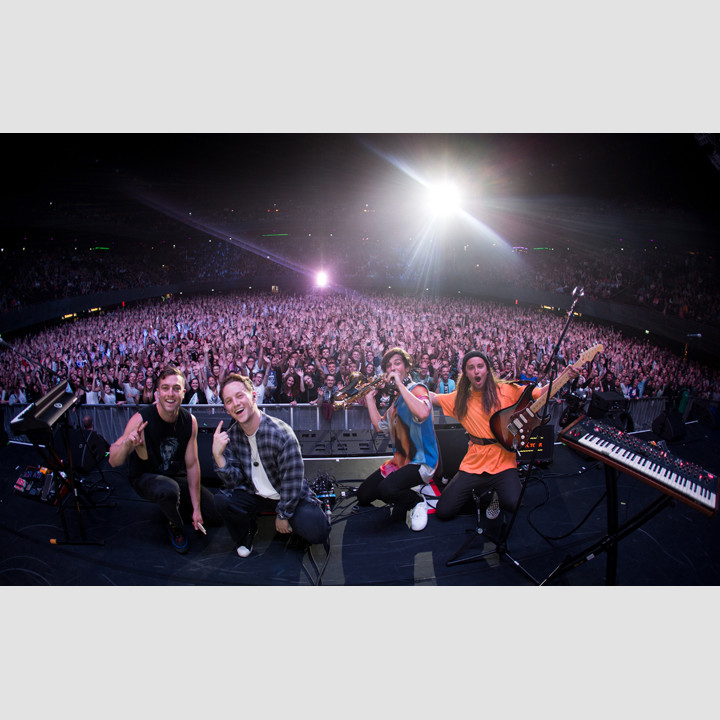 Deemed "delicious pop with a prodigal feel" by Clash Magazine, Drax Project have seen a tremendous rise to success. The four-piece, comprised of Shaan, Matt, Ben and Sam, went from busking on the streets of Wellington, NZ, to playing alongside massive acts such as Ed Sheeran, Camila Cabello, Lorde, and Christina Aguilera. They were hand-picked by Lorde and Camila to be direct support on their tours and even broke Lorde's record for the fastest selling club show in Aukland history, selling out in three minutes. Since releasing their hit single "Woke Up Late" and adding Hailee Steinfeld's feature along with a global radio campaign, Drax have made waves in the pop space. Their debut album arrives in Fall 2019.