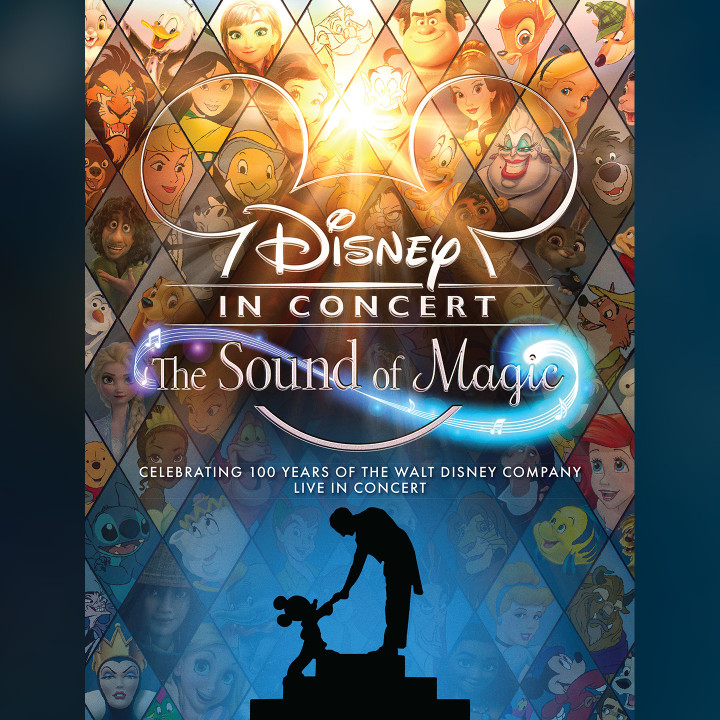 The immersive soundtrack will be synchronized to specially compiled animated sequences on the big screen, revisiting magical moments from Disney's animated films as well as behind-the-scenes, rarely seen historical footage and developmental artwork and sketches. This program is not a typical "clips" or "segment" show comprised of individual film suites. This will be a custom-edited, 90-minute film concert (split into 2 Acts).

Soar to new heights with Peter Pan. Journey down the rabbit hole to Wonderland with Alice. Take to the oceans of destiny with Moana. Pull up a chair at Lumiere's dinner table. Tremble as the Disney villains rise to power. Celebrate as your favorite Disney characters ascend to greatness!