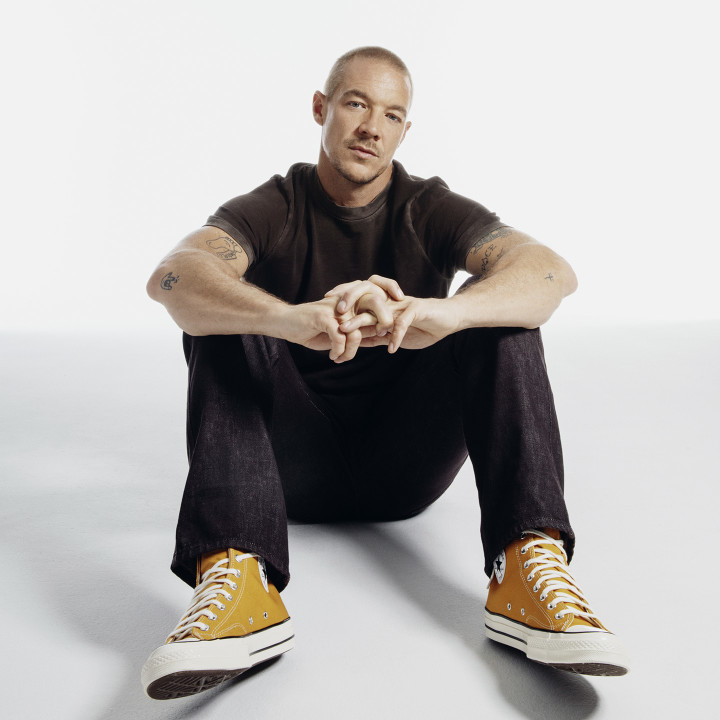 Born Thomas Wesley Pentz, Diplo is one of the most dynamic forces in music today. He is legend on his own; a member of the now iconic Major Lazer, which most recently released Music Is The Weapon, their first album in five years; one third of LSD, the psychedelic supergroup with Sia and Labrinth whose debut album has been streamed over three billiontimes; and half of Silk City with Mark Ronson, whose Platinum-certified "Electricity" with Dua Lipa topped charts worldwide and won a Grammy Award for Best Dance Recording.

The ten-time Grammy-nominated artist has worked closely with artists including Beyoncé, The Weeknd, Madonna and Bad Bunny; continues to helm his own long-running label Mad Decent and tours the world over. In 2020, Diplo debuted his first country album, Thomas Wesley Chapter 1: Snake Oil -- now certified Gold -- as well as his first ambient album, MMXX.

Diplo has recently refocused his efforts on Higher Ground, the deep house imprint he launched in 2019, with more music due imminently. The recently released "Don't Be Afraid" with Jungle and Damian Lazarus follows three US Dance #1s for Diplo and the label -- the Grammy-nominated SIDEPIECE collaboration "On My Mind;" "Looking For Me" with Paul Wolford and Kareen Lomax; and "Turn Back Time" with Sonny Fodera.