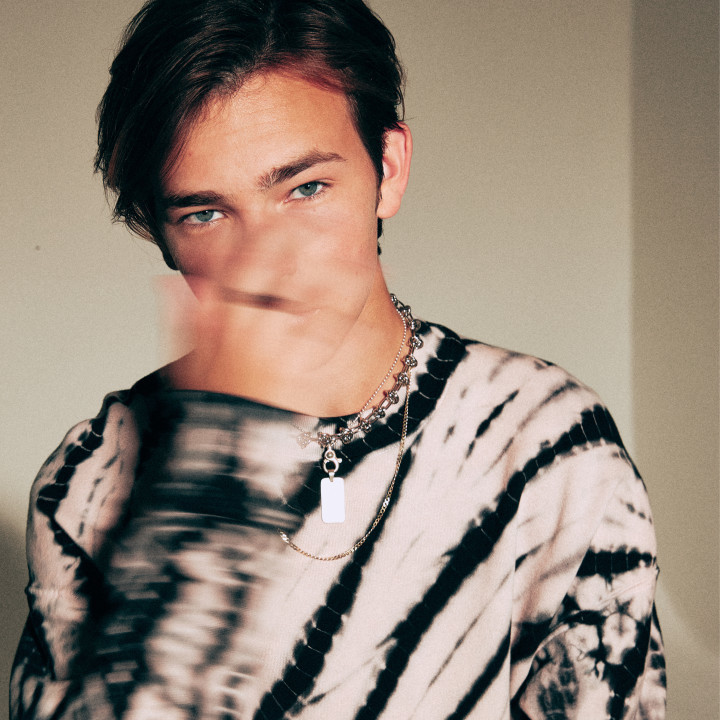 Denis Coleman moved from the US to London when he was 6 years old. He started writing music shortly afterwards, and his compositions attracted praise and commendation from the BBC Proms when he was just 13. However, in 2019, 15 year old Denis dropped out of the Royal College of Music to devote his entire focus to his career as a singer-songwriter. Before long, his pop creations started to gain traction and led to tours supporting The Vamps, Why Don’t We and others, as well as two headline tours of the UK - all within the space of 12 months.

This burst of creativity was brought to a sudden halt when Covid appeared. Undeterred, Denis put his head down and translated the turbulence of that time-period into his writing. As the months stretched into years, his writing evolved to mirror the alternating vibrancy and bleak monochromatism of modern teenage life. Now emerging into a new era for music and the world, Denis is carving out his niche within the emerging alternative pop landscape, fusing rock-influenced production with deeply personal lyrics.

2022 is set to be an exciting year for Denis. Writing and producing all of his own tracks, there is a wealth of new music on the way and many touring opportunities, including supporting Little Mix on their 2022 Confetti tour. Music is not the limit - Denis is also set to feature in an upcoming Netflix film set to release later this year. With over 6 million worldwide streams, and over 100,000 loyal fans online, Denis Coleman appears well on his way to joining a new generation of stars defined by versatility and ambitious artistic vision.