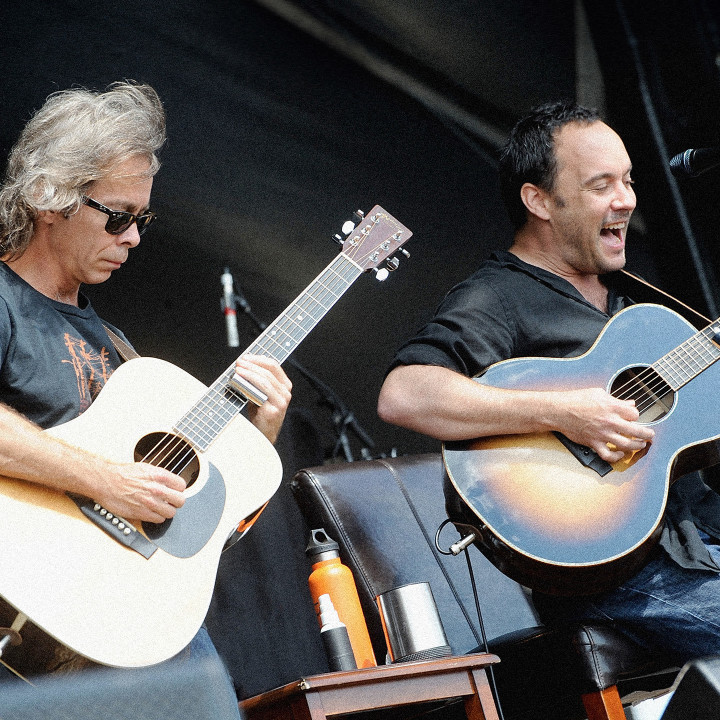 The two musicians met more than 25 years ago in Charlottesville, VA and have been collaborating ever since. Their rare performances as an acoustic duo allow fans to experience their special chemistry up-close, as they strip down each song to its essence and tell stories. Matthews and Reynolds have released three live double-CDs: 1999's multi-Platinum Live At Luther College, Live At Radio City (2007) and Live In Las Vegas (2010).

Matthews is best known as the vocalist/guitarist for Dave Matthews Band, which has sold a collective 38 million units (CD and DVD combined) since the 1994 release of its major label debut, Under the Table and Dreaming. In 2003, he released his solo debut, Some Devil, which Reynolds played on. Reynolds founded the breakthrough electric power trio TR3 (Tim Reynolds Trio) and has also released a series of solo albums. He has performed on nearly all of Dave Matthews Band's albums and has been touring with them full-time since 2008.

Dave Matthews Band's latest album Come Tomorrow (RCA Records) was released in 2018. Dave Matthews Band became the first group in history to have seven consecutive studio albums debut at No. 1 on the Billboard 200. Come Tomorrow also took the No. 1 spot on Billboard's Top Rock Albums chart, logging the biggest sales week for a rock album in more than four years.