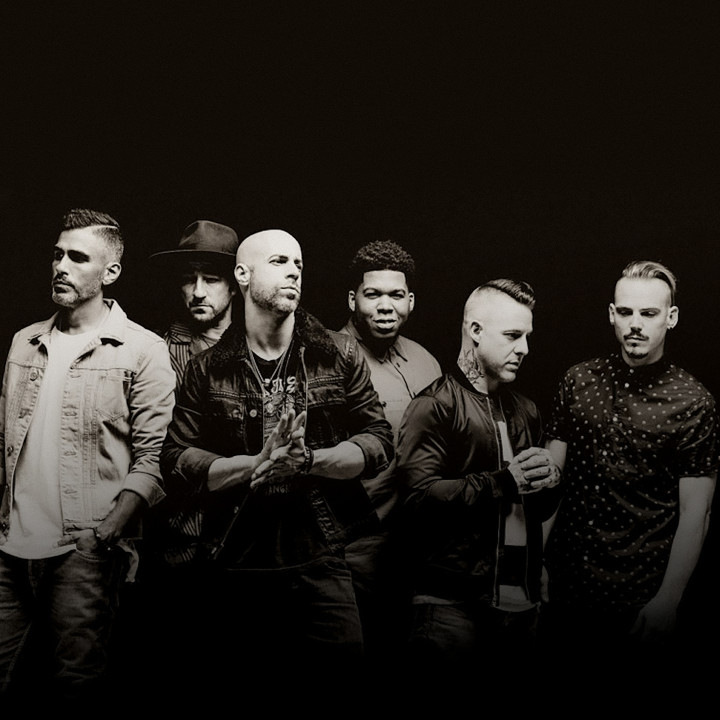 "It takes a lot of time to accept who you are," says Chris Daughtry. "You shave off the persona that you thought people expected, stop worrying about what anyone is going to think. You start to be comfortable with who you are onstage and off, and that all blends together. I think I finally know who I am as a person."

As the frontman for the band bearing his name, Daughtry has become one of the most visible and consistent rock & roll torchbearers of the 21st Century. Throughout his career he has released five albums and one Greatest Hits, all of which reached the Billboard Top Ten and have combined sales over 9 million copies in the U.S.

Daughtry's self-titled debut was the best-selling album of 2007, which contained four #1 hit singles including the Grammy-nominated smash "It's Not Over." Leave This Town also reached Number One in 2009, while 2011's Break the Spell was certified gold. His group's most recent record, 2013's Baptized, featured the platinum-selling "Waiting for Superman," which the singer points to as a turning point in his songwriting.

"It was a nice hybrid of where we had been and where we're going, and it opened my eyes a bit," says Daughtry. "Everything was so serious and doom and gloom, and 'You broke my heart,' but we never saw ourselves as those people outside the music -- onstage we were always joking around. That helped me wrap my head around the fact that we can be light-hearted and still be us. And that really changed the way I approach the songs in general."

Daughtry and his band have been performing together for over a decade. "Like anything with a ten year relationship, you know more about each other than you do most of your family," says Chris Daughtry. "It's a love-hate thing -- you get sick of being around them, but after two weeks at home you're ready to get back out on the road and do it again. The fan base really keeps us alive. That's the key ingredient to keeping a band together -- that's the gasoline, and without it you can't run."

One thing that has kept the fire burning for Daughtry has been the need to constantly challenge himself creatively. He has collaborated with artists from Timbaland to Vince Gill to Carlos Santana and took on the role of Judas Iscariot in the 2016 live television performance of The Passion, and even fulfilled a lifelong dream by drawing the cover of a Batman comic which was rated one of the top 25 covers of the year by BatmanNews.com.

This kind of ambition has also extended to the work of Daughtry the band. "We always try to push ourselves outside of the familiar parameters," says the singer. "If it's anything like we've done before, then it's not good enough for the record.

"If you look at the groups doing it for twenty-plus years," he continues, "they were always changing their style, testing the water, going off the rails from what people expected -- Zeppelin, Elton, Prince, they never did the same record twice. So there's always that effort to push yourself as an artist, but I never want to abandon that sense of melody and sense of something that people can grab onto, whether it conjures up memories or helps them through a tough time. That's what I love about music, when it makes me feel something."

As the band continues work on its fifth album (which Daughtry describes in its early stages as having a "bluesy, almost rootsy undertone to it"), they look to contemporaries like Maroon 5 and Train as examples of acts able to maintain their relevance while rock & roll faces an uphill struggle in the mass media. "Those guys are inspirational, showing that you can come back and have a strong presence, even if what you're known for doing is having a hard time," he says.

Ten years after launching with a massive splash, Chris Daughtry claims that he and the band have grown the most on stage, and that it's altered his whole sense of his work. "When we first came out, I'd only known what I'd seen," he says. "I didn't know how to be vulnerable, with no pretense. Now it's walk onstage and, especially in our acoustic shows, just be flat-out honest and open. It's really helped me realize that's actually what fans want -- they want 100 percent honesty and feeling like they got to know you better."