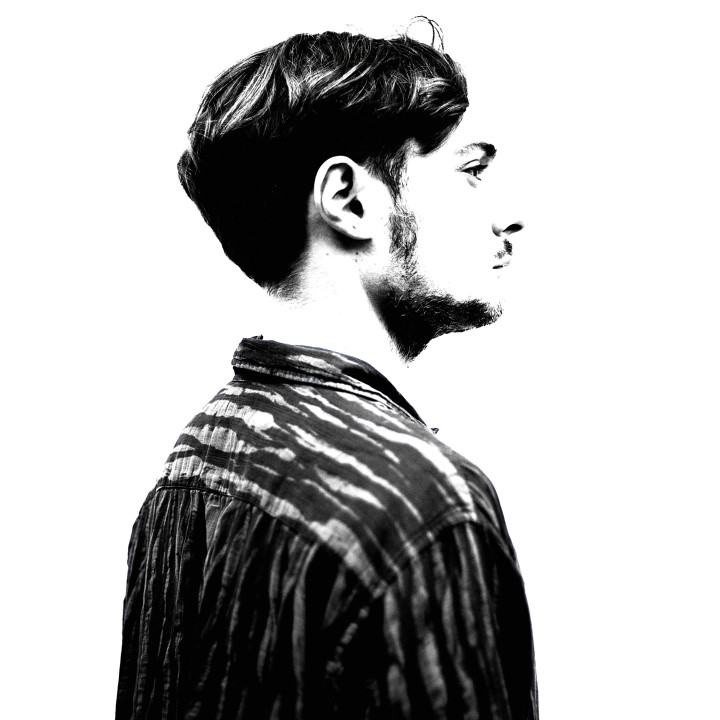 Today Danilo Plessow is regarded as one of the most influential DJs and producers in the world, renowned for his excellent knowledge in music as well as his technical wizardry behind the turntables. In all that he does Danilo is an eclectic with heart, soul, and an enormous will to connect separates -- a skill which often reaches far beyond his own art. His extensive record collection, his unbroken passion for vinyl rarities and the tireless discovery of still hidden musical treasures are just as much parts of his artistic personality as his ability to always view music as an indivisible whole.

Danilo's career in music started whilst he was incredibly young -- he started playing drums at the tender age of 6 and discovered his love for jazz in the school big band. By the time he turned 11, he was already working on his own original productions using a computer and samples. Jazz, soul, funk, hip hop and house influences culminated in a first release, under his Broken Beat alias Inverse Cinematics, together with Joachim Tobias, in the year 2000 on Stuttgartʼs Pulver Records; multiple EPs, an album (ʻPassinʼ Throughʼ) and many remixes and compilation appearances followed. At the same time, he already started building his record collection and playing international gigs as a DJ, at just 16 years of age.

After several other projects on labels like Ubiquity and Compost, Danilo released the "Raw Cuts" Series as Motor City Drum Ensemble on his own label MCDE recordings, a highly influential series of records that is considered to be a modern classic amongst House aficionados. The label also released tracks and remixes from Henry Wu & Earl Jeffers, Harvey Sutherland, Marcellus Pittman, Mike Huckaby and Laurent Garnier.

In the following years, he reimagined tracks from great artists like Tony Allen, Billy Cobham, Caribou or DJ Sprinkles, building a reputation as an unpredictable remixer.

In his DJ sets the record-collecting nerd, the fine technician and the sensitive performer merge into one personality. With the curatorial fearlessness of a postmodern selector, true conviction, understanding and feeling Danilo Plessow is able to create something very rare and precious: spirit.

In this role, he has released several compilations such as "DJ Kicks" on K7! And "Selectors" on Dekmantel, as well as playing clubs and festivals around the world, from underground favourites like Horst in Belgium to big mainstays such as the Montreux Jazz Festival and Coachella.

In 2017, he held a 3 month residency at London's XOYO club, inviting a broad range of artists like Daniele Baldelli, Kelli Hand, Kyle Hall and Dego of 4Hero. For this residency, as well as for his curation of the Nuits Sonores Festival in Lyon 2016, Danilo made one of his biggest dreams a reality: to invite Disco and Soul legend Leroy Burgess to perform with a full band, shining a light on the roots of the music he reveres. In the years to follow, he continued to play shows alongside Burgess in Berlin, London and Paris.

In between his relentless touring schedule, Danilo still finds time for new adventures. On his monthly radio show "State of Rhythm" on Gilles Peterson's Worldwide FM station, he welcomes key figures of music such as Azymuth or Phil Ranelin, shines a light on new talents like Lauren Hansom or Marie Montexier, and features guest mixes by DJs he enjoys listening to.

Together with Marcus Worgull of Innervisions, they run the project Vermont, influenced in equal measures by kosmische, Krautrock, minimal wave and synth soundtracks.. For their first album released in 2012 on the style defining german Kompakt label, they had the honour to collaborate with one of the originators of this music style, Can's drummer Jaki Liebezeit. They are currently working on their third album.

With the release of "Fabric presents Danilo Plessow/MCDE" in spring 2021, Danilo will close one circle and open a new one. For the future, he plans many new artistic projects and, above all, to concentrate on his activities as a producer and sound engineer. His new productions "Nightfall" (featuring saxophonist Francesco Geminiani and Pianist Peter Schlamb) and "Decay/Sustain/Release" (under a new alias, Basic-Variation) provide us with a little sneak-peak into the future of his by now more than 20 years active career.