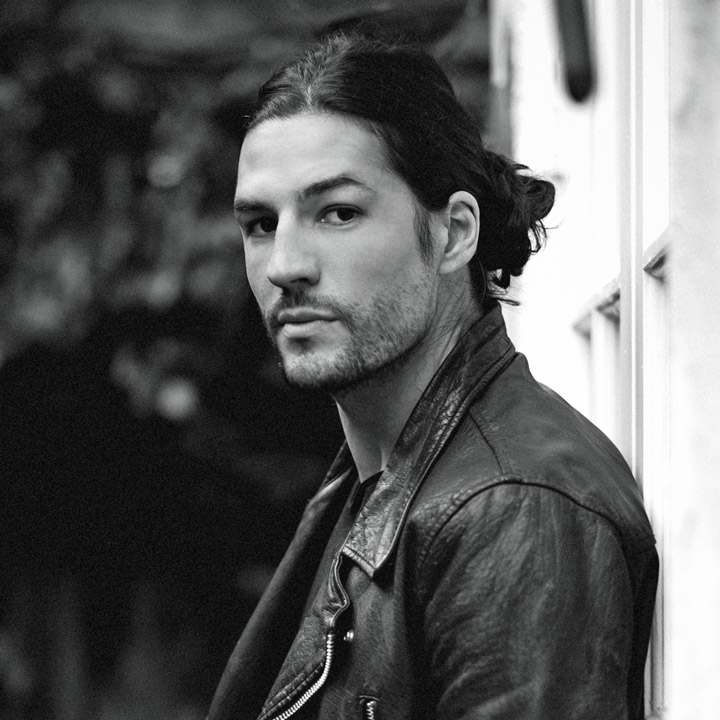 By dusting off an old novel or playing a classic film, you encounter restless creativity, unquenchable wanderlust, and adventurous spirit. The same feeling resonates upon spinning a Craig Stickland album.

His 2019 second full-length, Starlit Afternoon (21 Entertainment/Entertainment One), catalogs and collates an unbelievable two years crisscrossing North America in a converted, sustainable Sprinter Van in between performing live in front of millions as guitarist for multiplatinum superstar Alessia Cara and touring for his own project. Along the way, he wrote, recorded, and self-produced the twelve tracks comprising the album. Throughout the trip, he merges vivid singer-songwriter sensibility bluesy bombast and rock 'n' roll energy, igniting a singular sound.

Carried by his robust, soulful howl, inventive instrumentation, and diaristic lyricism, the music plays out with all of the drama, daring, and discovery of a life-changing road trip.

"I've lived in my van for the past two-and-a-half years," he affirms. "I've been on the road, camping in national parks, and I've been out there doing it."

For as intriguing as the past few years were, the prior decades is where the story begins. Born and raised in a suburb of Toronto, Stickland traded hockey for guitar at 15-years-old much to the chagrin of his father. Accepted in a production of Les Miserables, he underwent a transformation.

He recalls, "It was the first time I had ever done anything out of my comfort zone, and I realized I could sing. People also wanted to hear me sing. I knew it's what I wanted to do for the rest of my life. The journey started there."

He went from various high school cover bands to co-founding his first band We Are The Take. In the group, he cut his teeth on the road with Arkells and recorded with iconic producer David Bottrill [Tool]. After the band's dissolution, he spent three years bartending and catering, while quietly writing solo material.

Soon after he signed with Wilhelmina, he relocated to Miami and was featured in high-profile campaigns for Diesel, Armani, and more. 2015 saw him assume the roles of musical director, guitarist, and opening act for pop upstart Kat Dahlia.

Receiving an invite to play guitar for Alessia on Ellen, he joined the star's touring ensemble and opened up for her around the globe on her tour with Coldplay. In the midst of this whirlwind, he took his entire artist advance, bought the Sprinter, and converted it "into a mean machine" complete with 400-watt solar panels and a mobile studio. Despite replacing a blown transmission, timing belt, and radiator, the Sprinter took him to perform shows across the continent and organically grew a passionate fan base as he supported everyone from JoJo to Barns Courtney. His entrepreneurial philosophy carried over to recording Starlit Afternoon. Airbnbing his apartment, he slept in his van outside of the studio at night. During the day, he oversaw recording in the producer's chair, architecting everything with his bare hands once again.

"I had already done everything myself," he goes on. "I built the van. I toured alone. So, I might as well produce the record myself with a few close friends."

He introduced Starlit Afternoon with the gritty gospel-inspired blues of "Warning." He uncovered a signature style at the crossroads between soul, folk, pop, and rock with a "stop at nothing vibe." 2019's first official single "Burn It Down" hinges on handclaps and thick guitar before unfolding into a fiery choral chant, "We're gonna burn it down to the sky!"

"It's got upbeat drums and driving energy," he goes on. "I had just done a Coldplay tour with Alessia, so we wanted to be giant and anthemic on the tune. 'Burn It Down' felt like the one to lead with, because it's meant to fire people up. Of course, it had to be about smoking weed," he grins.

In many ways, the title track reflects the intention at the heart of the album. Emboldened by rich instrumentation and delicate delivery, "Starlit Afternoon" builds towards an undeniable chorus.

"When I was on the road, I got inspired by all of these festivals," he says. "We played the 7pm time slot at Coachella. The sun was setting. The moon was rising. The sky was a beautiful hue. It was an amazing time of day. It was written about being at a music fest and falling in love with somebody underneath a Starlit Afternoon. The lyrics represent a time in my life of having all of these new experiences. It's the whole vibe for me. It's also a scene of being in my van parked on the side of the road looking at the sunset, a view that I experienced countless times while recording this album."

Elsewhere on the album, "Rolling River" flows from soft piano into a hypnotic falsetto proclamation, "Let me be your rolling river." Finger-snaps and tambourine power the raw gospel of "Break Every Rule" as his voice stretches to Cathedral-size heights. Impressive guitar leads highlight the barroom blues of "I Can't Get Enough." The finale "Good Love" needs nothing more than faintly plucked acoustic guitar and a near-whisper to immediately captivate. Accompanying the studio takes, he tracked the Van Sessions live, a series of stripped-down, acoustic performances shot and recorded at Yosemite, Joshua Tree, Alabama Hills, and Downtown Los Angeles.

In the end, Stickland's story and spirit prove instantly impactful and memorable.

"As a music fan, I've always gravitated towards bands that made me feel something," he leaves off. "I'll listen to a song 150 times in a row and cry. I get affected in an emotional way. You build a deep connection to listeners. Everything on this project is about an experience I've had. Starlit Afternoon is the story of the world through my eyes."