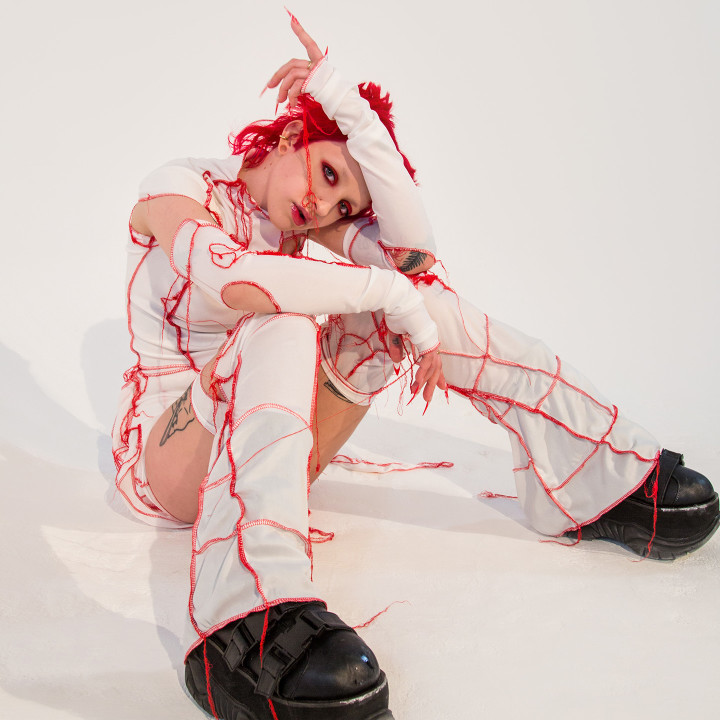 Cody Frost has experienced a lot on the road to her new EP. Heady highs and crashing lows, despair and disillusionment, self-care and catharsis. In truth, she's been scrutinised for as long as she's been making music. Aged 13, encouraged by her musician mum, she was sharing versions of songs by Frank Ocean, Nirvana and Slipknot on YouTube. By 14 she was taking the 45-minute bus trip from her native Burnley to Manchester to busk. It was an experience that helped Cody's voice develop its power, though, as without a microphone she was forced to belt out her performances without one.

Earlier in her life, Cody was diagnosed with attention deficit hyperactivity disorder (ADHD), which explained many of the feelings and behaviours she'd been experiencing for several years. "When I was first diagnosed, I had a bit of an identity crisis. I was relieved that there was something responsible for how I was feeling and what I was doing, like being messy, always late and quitting college. I just couldn't seem to grasp stuff that other people could. The diagnosis eventually led to me being able to have a regular life."

With a clearer sense of what she wanted creatively, and increased clarity of why she thinks the way she does, Cody was ready to make music. Step forward Dan Weller, the musician-turned-award winning producer responsible for records by an array of rock and metal bands, including Cody's favourite band (and dream collaborators) Enter Shikari. "He's literally a wizard and I'm so unbelievably inspired by him," Cody says of Dan. "I've never seen somebody so intensely focused on making music."

Cody is equally committed to her work as a musician, tattooist and artist currently accepting paid commissions. She's got no time for jobsworths, though, as the EP's punch first track Verbal Warnings illustrates. "I used to work in a kids soft play area that was part of a pub. My boss there was an absolute douchebag who just lived for his job, which made me so angry. The only way I could channel that anger was to write a song about him and people like him in general -- those people who think they're superior to you because they've got a company car and think they're set for life."

While Verbal Warnings is the oldest song in this collection, effervescent second track HIGH/BYE is the most recent, written during jam sessions with Dan. "I've always really liked that raw sound you often hear in demos. I wanted HIGH/BYE to be as stripped back as possible so the meaning could come through. It's about my friends going to university, and me not going because I was stuck in a job I didn't expect to be doing. It gave me the chance to really think things over and realise [those friends] weren't actually very nice to me. It's part-nostalgia, then, but also looking back on nostalgia with a sense of bitterness."

Cody has faced a number of challenges in recent years, some obvious and others less so. But after taking some time to process who she is, both mentally and musically, she's back with an EP that's processed her experiences for herself and for others. The new music is the result of hard lessons and hard work. Perhaps it'll teach you something about yourself too?